President Ilham Aliyev: As a result of our focused efforts, the world has a broad picture of the Nagorno-Karabakh conflict today 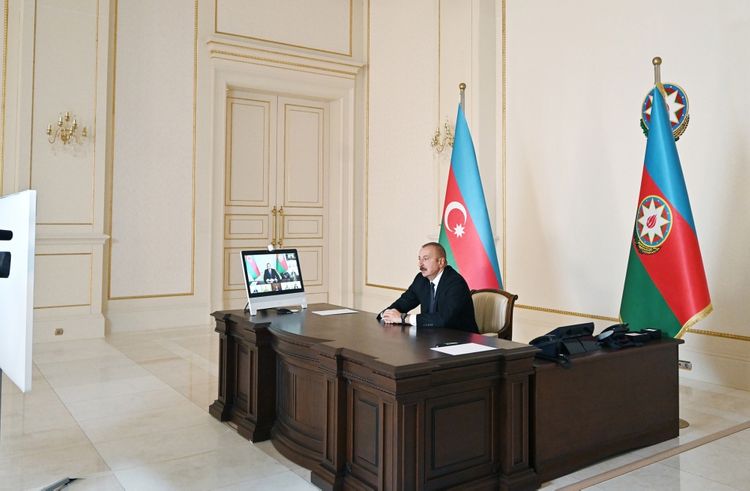 “Nagorno-Karabakh is our ancient and historical land. I have repeatedly spoken at various international events on the history and past of Nagorno-Karabakh. I have shared the historical truth with the world community. As a result of our focused and tireless efforts, the world has a broad picture of the Nagorno-Karabakh conflict today,” said President of the Republic of Azerbaijan and Commander-in-Chief of the Armed Forces Ilham Aliyev as he addressed a meeting of the Security Council, APA reports.

“But in the first years of the conflict, this was not the case. In the first years of the conflict, Armenians of the world portrayed Azerbaijan as an aggressor. Unfortunately, those who were in the leadership of Azerbaijan at that time could not speak out against this propaganda. Azerbaijan was in such a difficult situation: our lands were being lost but the world thought that Azerbaijan was an aggressor. The cause of the loss of Karabakh lands is the Popular Front Party of Azerbaijan, the Musavat Party. It was during their time that our lands were occupied,” the head of state said.

“Today, we are wiping out the incompetent actions of the Popular Front Party of Azerbaijan and the Musavat Party, this stain on Azerbaijan. Today we are restoring our lands. In 2016, part of Aghdara, Fuzuli and Jabrayil districts were liberated from the occupiers. Today, in 2020, I want to emphasize once again that several of our settlements were liberated from the occupiers, several strategic heights came under the control of Azerbaijan. A strong Azerbaijani Army is based on a strong political will,” the President added.