President Ilham Aliyev: France is a country which at this moment supports most of all Armenia 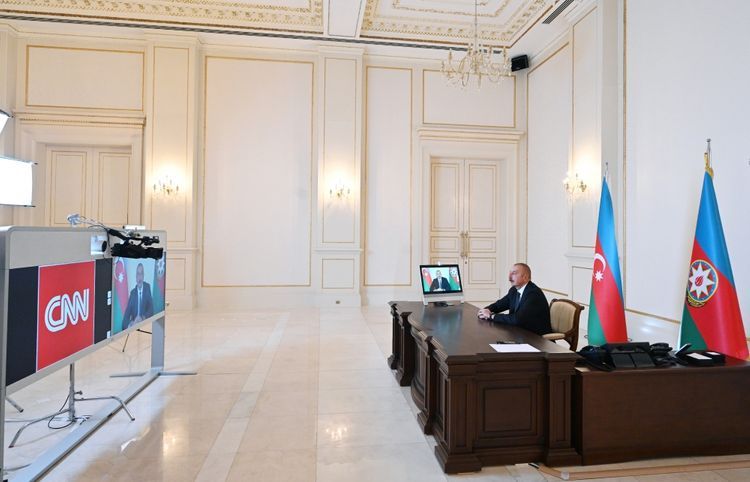 "I do not agree with that. As I said, Turkey plays a stabilizing role in the region and in particular in the situation with respect to Armenia-Azerbaijan Nagorno-Karabakh conflict. Every country can afford to have a partner, and an ally. And Azerbaijan and Azerbaijani people are happy to have such a partner, such an ally and such a brother like Turkey. We do not object when Armenia considers France their ally and France is a country which at this moment supports most of all Armenia," said President Ilham Aliyev in an interview to “The Connect World” program of CNN International TV channel, APA reports.

"At the same time we see that it’s up to countries themselves to choose allies. For instance, French foreign minister is not concerned about Russia supporting Armenia with weapons free of charge and he doesn’t think that it is internationalization of the conflict. But when Turkey expresses legitimate, political support it becomes a concern and I, frankly speaking, cannot understand that how one NATO country can act in such a way against another NATO country? NATO members are supposed to be allies. But we don’t see it," added President Ilham Aliyev.