President Ilham Aliyev: The bombing of Ganja is yet another manifestation of the ugly face of Armenian fascism 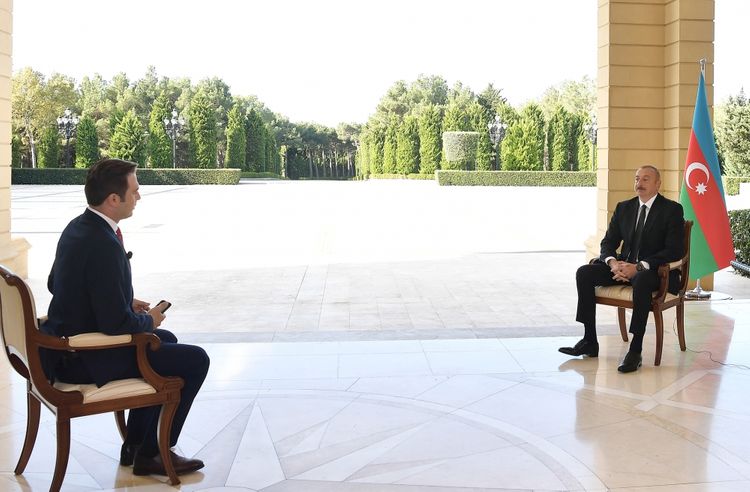 “The city of Ganja has been bombed. The city came under fire with “Tochka-U” missiles, as a result of which civilians were killed and injured. This is yet another manifestation of the ugly face of Armenian fascism. Armenians of the world, Armenia's supporters, their benefactors and Islamophobic circles will no longer be able to conceal this crime because everything is already obvious,” President Ilham Aliyev said in an interview with Turkish Haber Global TV channel, APA reports.

The head of state said that the press releases were issued at the scene yesterday and representatives of foreign embassies who visited the site today saw everything with their own eyes. “Once again, they saw who is causing this conflict, who pursues an aggressive policy, who commits crimes against the civilian population. The Armenian state is a state of terror, a fascist state, and this crime against humanity has shown this once again.”