President of Azerbaijan: “Our operation for liberation from occupation is successfully continued” 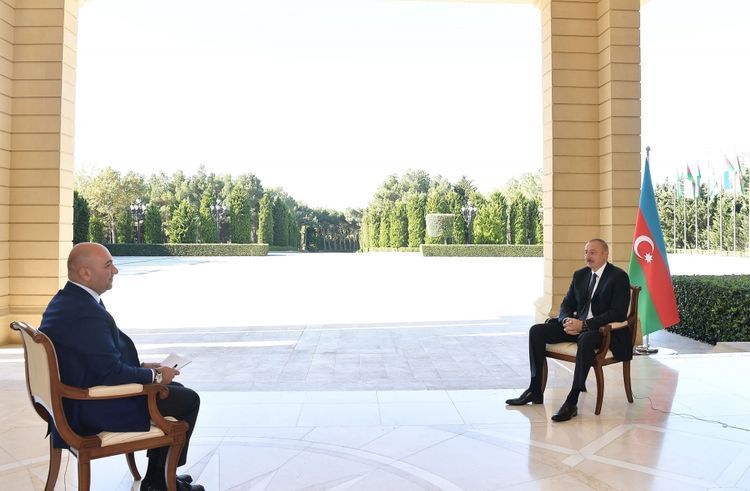 “This dirty policy of Armenia is understandable. Because every time they are defeated on battlefield they resort to such dirty actions, the demonstration of cruelty against civilian persons, armless people is an ordinary thing for them”, said President Ilham Aliyev in his interview with Turkey’s Haber Türk TV channel on October 13, APA reports.

The head of state noted that the Azerbaijani people saw this in the case of Khojaly genocide: “This time as well, the Azerbaijani Army carried out successful operation along the whole front line and liberated several cities and villages from occupation and our operation for liberation from occupation is successfully continued. According to the information provided to me this morning, the Azerbaijani Army gained greater successes in this area. The statement in regard to this issue will be made at proper time”.