President of Azerbaijan: Shooting at civilians, including firing missiles, is a war crime 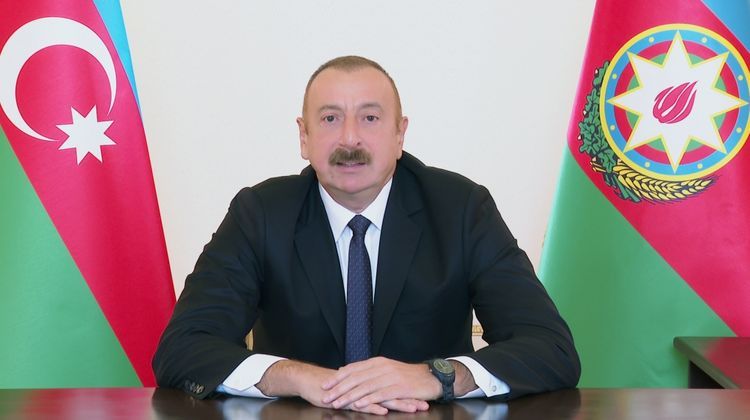 “Today, the fascist leadership of Armenia committed yet another war crime. The cities of Ganja and Mingachevir came under rocket fire. As a result of this cowardly shelling, our compatriots have been killed and wounded,” said President Ilham Aliyev as he addressed the nation, APA reports.

Wishing Allah’s mercy to all our martyrs and healing to our wounded compatriots, the head of state said: “This once again shows the fascist nature of the Armenian leadership. This is not the first time our cities have come under fire. Armenia fires on Tartar, Aghdam, Goranboy, Aghjabadi and other cities practically every day. As a result of this fire, our citizens have been killed and wounded, more than 2,000 houses have been destroyed or seriously damaged. However, these cowardly actions cannot break the will of the Azerbaijani people.”

President Ilham Aliyev noted that the Armenian leadership is committing a war crime. “Shooting at civilians, including firing missiles, is a war crime, and they must and will bear responsibility for this crime. We are giving their answer on the battlefield. We are avenging and will continue to avenge the deaths of innocent civilians on the battlefield. We have never fought or will ever wage a war against the civilian population. We are not Armenians. We have our own way, we have our own cause, and all the Azerbaijani people are united around this cause. All the Azerbaijani people are showing solidarity and patriotism,” the Azerbaijani President said.