President of Azerbaijan: “So far, the enemy’s 241 tanks have been destroyed, 39 tanks were taken as military trophy” 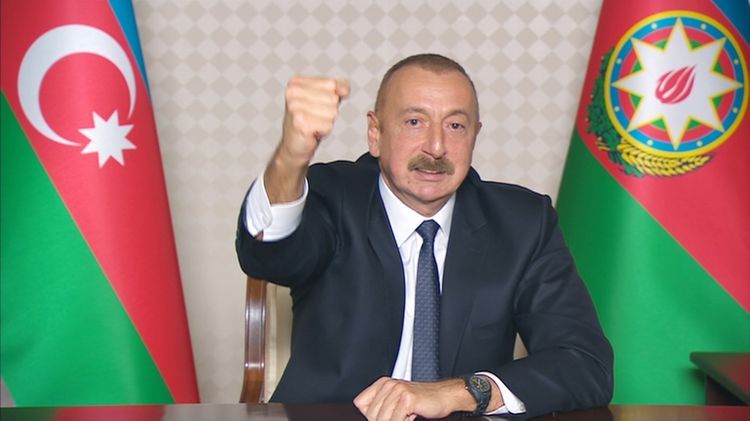 “So far, the enemy’s 241 tanks have been destroyed, 39 tanks were taken as military trophy”, said President of Azerbaijan Ilham Aliyev in his appeal to people today, APA reports.

The head of state said the total quantity is 280 tanks, but there are still extra tanks: “Both on the occupied lands and on the territory of Armenia... Where they have received so many tanks from? And one more thing, this contradicts with the international conventions regulating this issue. But why the institutions who should conduct monitoring of these conventions don’t pay attention to this? Look, we say 241 tanks were destroyed. Later, we will organize demonstration of them. 39 tanks were taken in operable condition and today, our soldiers sit in those tanks and open fire on the enemy by their own tanks”.