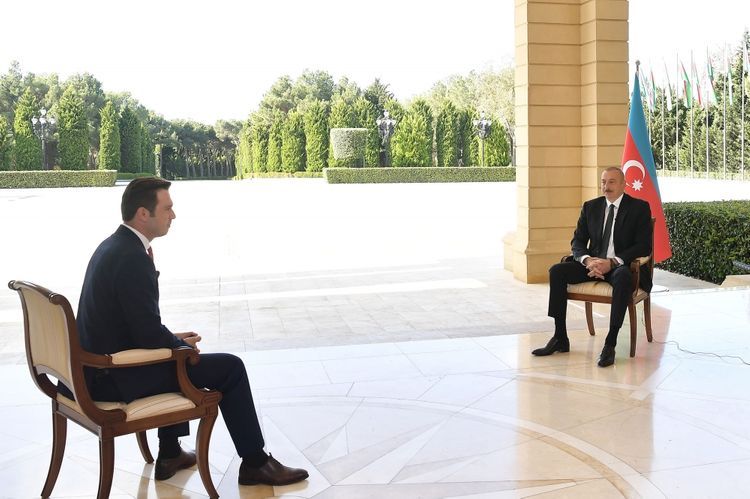 “After the introduction of the ceasefire, Armenia continued its ugly deeds almost immediately. We paused for a while because we are true to our word. Since a ceasefire was announced, we were hoping that the Nagorno-Karabakh issue would be resolved politically because we thought that the military stage was over, the aggressor had learned its lesson on the battlefield and would now take into account the realities and show a positive approach at the diplomatic level. Unfortunately, we did not see that and the ceasefire, which came into force at 12 o'clock, was violated by Armenia,” President Ilham Aliyev said in an interview with Turkish Haber Global TV channel, APA reports.

The head of state said: “As you know, a horrific crime was committed against civilians on the following night. The city of Ganja was bombed. This is another manifestation of the ugly face of Armenian fascism.”