President: The issue of restoring the ceasefire cannot be discussed at a time when Armenia has launched a new attack on us 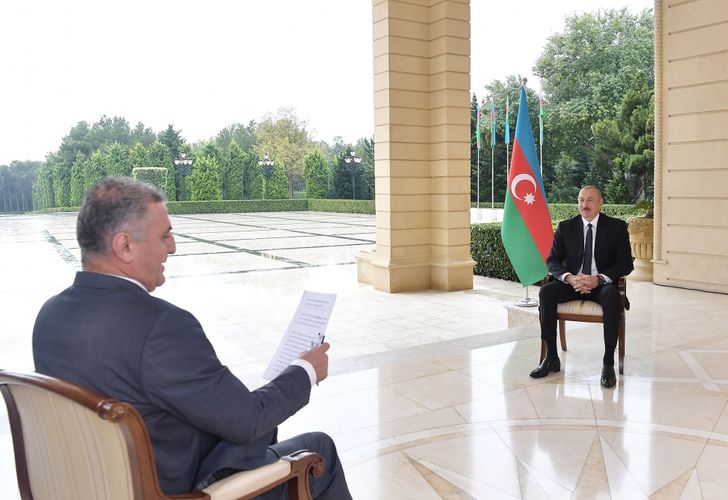 “The ceasefire must be provided under certain conditions, because the calls we have received so far are simply intended to ensure a ceasefire, stop the war and then continue discussions. It is not being elaborated to us what kind of discussions there may be and on what basis they may be continued,” said President Ilham Aliyev in his interview with TRT Haber TV channel.

“We have been involved in these discussions for almost 30 years, and we have been doing that with certain hopes. If we hadn’t had hopes, of course, we would not have participated in these discussions. Discussions have always been based on existing principles. Among these principles is the issue of restoring the territorial integrity of Azerbaijan. Issues of a gradual liberation of the occupied territories, their return to us and the maintaining of peace were the subjects of discussion. But Armenia has launched a new attack on us, violating the principles we have learned from the very beginning. Of course, we launched a counter-offensive and are liberating our lands with the help of Azerbaijani soldiers. Therefore, the issue of restoring the ceasefire alone cannot be discussed,” the head of state said.