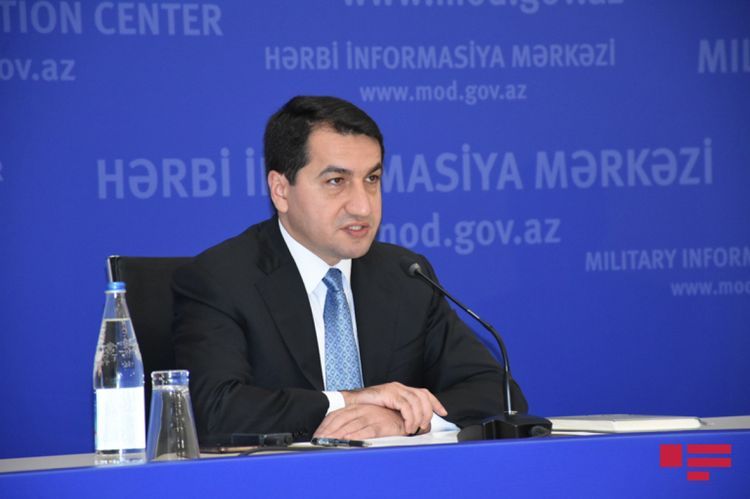 According to him, Armenia claimed that the plane taking of from this country was shot down by an F-16: "Azerbaijan has proved that two military planes trying to attack our country collided in the air or hit a mountain and exploded."

Mr Hajiyev noted that the Facebook page of Armenian PM Nikol Pashinyan posted news on the alleged existence PUA over the sky of Yerevan yesterday: “Then the news spread that the Armenian Defense Ministry allegedly shot down drones. But then it turned out to be photoshop. The Armenian leadership is attempting to frighten its people with photoshops. Falsification related to photoshops made by Armenia is revealed.

H. Hajiyev brought into notice that as it was declared by Azerbaijani President Ilham Aliyev, we have nothing to do with the Armenian people, the civilian population: “We call on civilians to stay away from military facilities. In this case, their safety can be ensured."