Presidential aide: “Armenia is country that violated Geneva Convention in most blatant way” 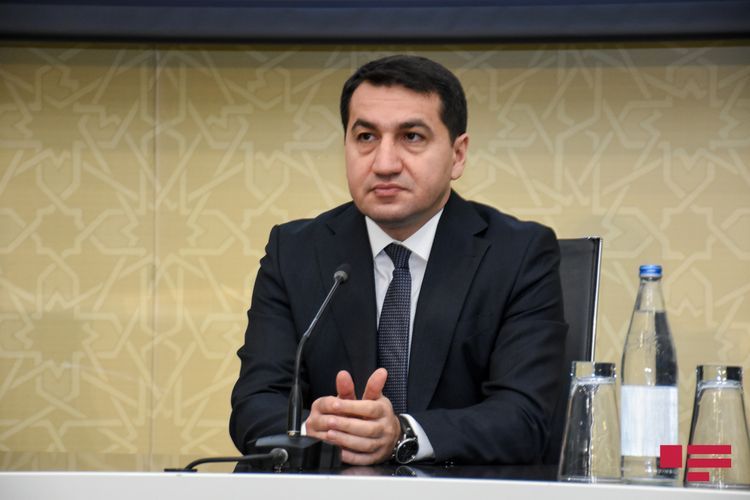 H. Hajiyev said Armenia committed crimes, genocides against civil Azerbaijanis: “We still don’t have information about over four thousand Azerbaijani hostages and prisoners. Armenia also doesn’t cooperate in the framework of negotiations held with mediation of international organizations. And this is an indicator of Armenia’s hypocritical approach to international law, Geneva Convention. The so-called courts arranged for Shahbaz Guliyev and Dilgam Asgarov are also clearly seen. Meanwhile, the threatening of Azerbaijan with missile attacks by Armenia talking about Geneva Convention is another sample of hypocrisy”.

H. Hajiyev also brought to the notice that the policy of glorification of Nikol Pashinyan is tried to be conducted in Armenia.