Presidential aide: It was stated to WHO that the data about coronavirus infection in Nagorno Garabagh should be shown in Azerbaijan’s general statistics” 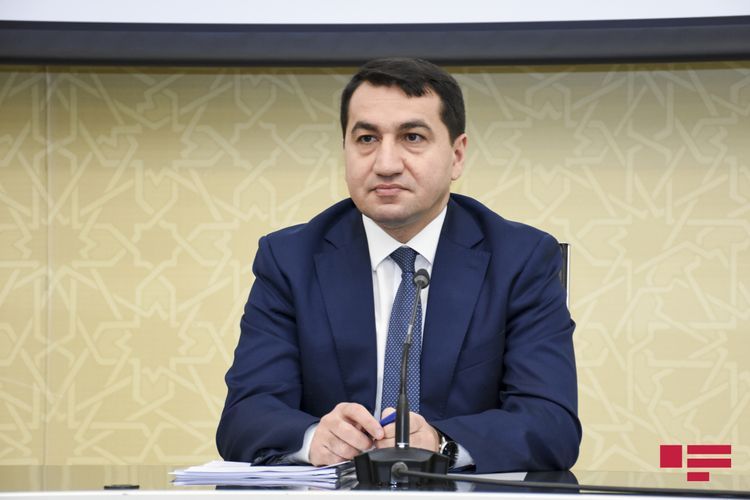 “The Armenian community of Nagorno Garabagh are citizens of Azerbaijan”, said today Hikmat Hajiyev, Assistant to the President of the Republic of Azerbaijan, Head of the Foreign Policy Department of the Presidential Administration at the press conference organized by Task Force under Cabinet of Ministers, APA reports.

H. Hajiyev said the infection of those citizens should also be shown in Azerbaijan’s general statistics: “But it is not possible to obtain such data from the occupied territories. It was also stated in our appeal to the WHO that when the data about infections in Nagorno Garabagh are received, those data should be shown in Azerbaijan’s general statistics”.

The assistant to President of Azerbaijan noted that the so-called regime held the so-called commemoration ceremony in Shusha without mask and not observing the social distancing: “And this has caused growth of infection. The movement of the Armenian armed forces on the occupied territories also causes growth of infection cases. There are many coronavirus infection cases on our territories being under occupation, but Armenia conceals this”.