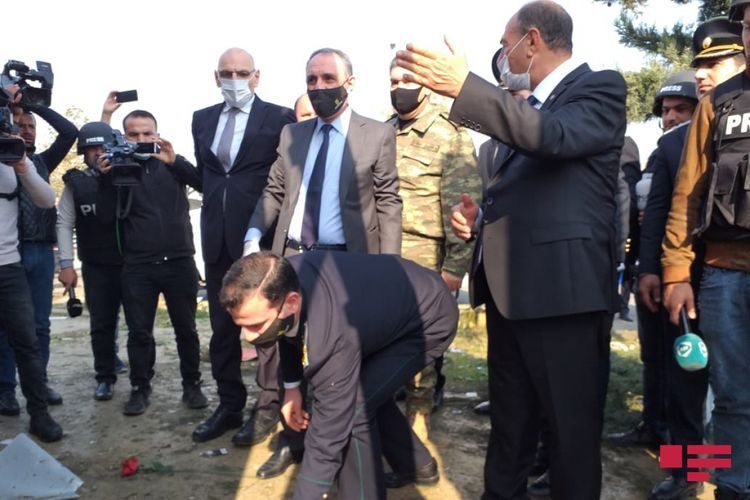 “The next crime has been committed against Azerbaijani people,” said prosecutor General Kamran Aliyev in his statement to local and foreign press while jointly visiting with the representatives of diplomatic corps to the destroyed areas in Barda as a result of rocket blows launched by Armenia yesterday, APA reports.

Prosecutor General said that this crime was committed directly under the instructions of the Armenian military-political leadership:  “I note once again with full responsibility that this is related to Azerbaijan's success on the battle field. We have already analyzed and compared. As the Azerbaijani Army advances on the front and strikes at the Armenian armed forces, such instructions are constantly given by Armenian political leadership  and such acts of terrorism against the civilian population are being committed.”