Putin: "All our humanitarian efforts must be for the welfare of the Azerbaijani and Armenian peoples" 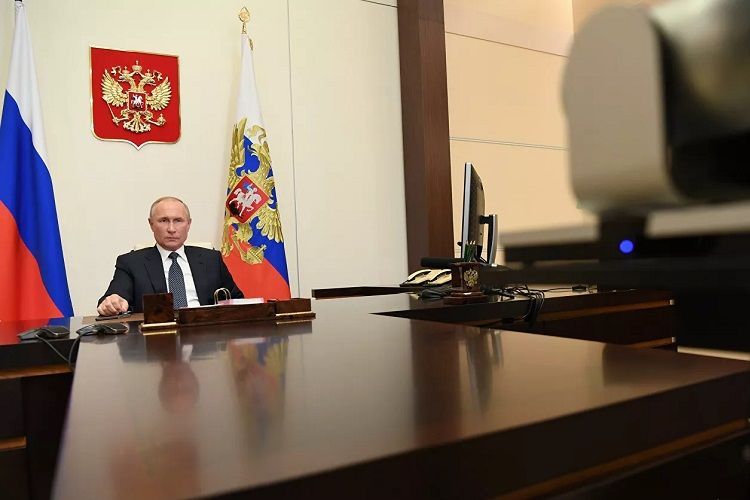 Russian President Vladimir Putin has held a meeting on the humanitarian mission in Nagorno-Karabakh.

In his speech, Putin said that such conflicts and their settlement have a special value, special significance and play an important role: "For us, these are not empty words. I want to say that millions of Armenians and Azerbaijanis live in Russia. We are bound by centuries-old relations with these republics without any exaggeration. It also has an internal political dimension for us and is of great interest in terms of internal security and politics. The CIS is a foreign policy priority for Russia. This is a clear issue for everyone. This is also very important from an economic point of view.

We all know that we have special relations with these republics. This is deep cooperation. I will not count all the components of this extremely important direction on the CIS track. As I said at the meeting on November 13, assistance and support to the residents of this region, who are currently suffering from military operations, is a priority.

An Interagency Humanitarian Center is being established to address the existing problems. I know that taking into account the tasks facing the Center, its specialized units are being established. I would like to take this opportunity to emphasize the precise and well-coordinated work of Russian peacekeepers. Prompt demining has allowed for good and reliable communication in the region. The deployment of our peacekeeping troops stopped the bloodshed. Our military effectively monitors the ceasefire on both sides. The situation has generally stabilized.

In addition, the Russian military accompanies the refugees. Restores buildings, roads and social facilities to a normal, safe condition, ensures the safety of humanitarian aid convoys. I emphasize in particular that all our humanitarian efforts and assistance must be for the benefit of the Azerbaijani and Armenian peoples. You know that I am in constant contact with my colleagues from Azerbaijan and Armenia. We agreed with both leaders that a delegation of the Russian Interagency Center will be sent to Armenia and Azerbaijan in the near future, which will include the heads of a number of ministries and agencies. Its task is to consider the most pressing issues in the implementation of the November 9 trilateral statement. Of course, this includes humanitarian problems. I hope that the forthcoming consultations will help make significant progress in these areas."

The Russian President also spoke about the situation of the International Committee of the Red Cross in the region. He said it was important for the ICRC to use the example of the UN High Commissioner for Refugees, the UN Office for the Coordination of Humanitarian Affairs, the World Health Organization, the World Food Program and the UN Mine Action Service. In the next stages we are approaching, the UN Development Program should also play a positive role. I want to speak specifically about the protection of both Azerbaijani and Armenian historical monuments and religious temples. This issue has a moral and human dimension. I believe that the participation of UNESCO is more required here. All our humanitarian efforts and the active participation of specialized international structures will contribute to a reliable and long-term political solution to the Nagorno-Karabakh conflict. On this basis, we will continue to build our cooperation with the partners in the OSCE Minsk Group. I have already appreciated our joint efforts. I hope our work will continue. "