Representatives of the Azerbaijani intelligentsia appealed to Konstantin Ernst, Director General of Channel One 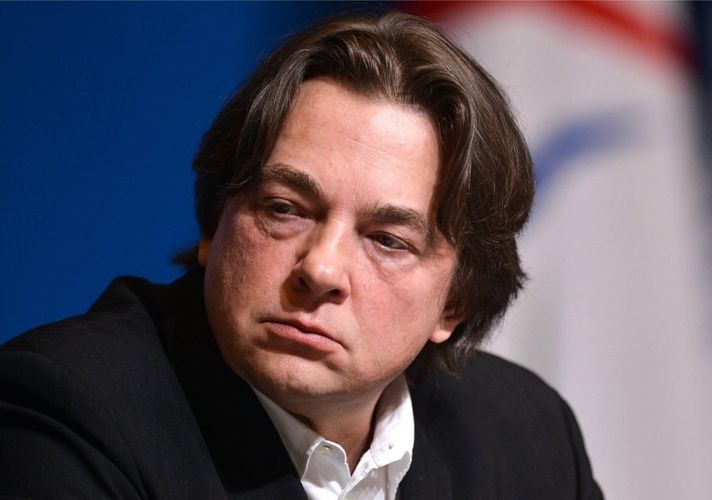 The reason for this appeal was broadcasting of the "Vremya Pokazhet" program dated July 20, 2020, during which a number of provocative statements voiced which distort the essence of both the Armenian-Azerbaijani Nagorno-Karabakh conflict as a whole and the events that took place in the Tovuz region of Azerbaijan after another provocation of the Armenian armed forces.

The appeal reads that during the aforementioned broadcasting dated July 20 (this fragment on the website of Channel One is titled "The Apricot War"), not only violated the fundamental principles of journalistic ethics, but also impartiality, honesty, and social responsibility, and grossly attempted to manipulate public opinion in order to inflict damage to the relations between the Russian Federation and the Republic of Azerbaijan.

"Provocative behavior of the presenters of program Artem Sheinin and Anatoly Kuzichev, as well as the selection of the so-called "experts" who clearly bend in favor of the pro-Armenian forces, is direct damage to relations between our peoples, harms the strategic partnership between Azerbaijan and Russia and does not meet the interests of our friendly states.

Presidents Ilham Aliyev and Vladimir Putin have repeatedly stressed the high level of relations between our peoples, and that is why such an ardent anti-Azerbaijani position of the hosts of Channel One causes bewilderment and indignation in the Azerbaijani public. However, presenters Sheinin and Kuzichev, it seems, do not even think to hide their pro-Armenian sympathies.

In order to prove that these blames are not unfounded, here are some examples. If you revise the program of July 20, you will see a very curious picture. For almost all of its first half, Sheinin and Kuzichev tried to form a false impression in the viewer that the incident at the Food City market was in no way a consequence of stress or emotions that the managers of this shopping facility could experience due to tragic events in Tovuz region of Azerbaijan. On the contrary, they presented this incident as "a deliberate attempt to transfer the conflict from the South Caucasus to Moscow."

For "persuasiveness", crushed apricots were shown in close-up on the screen, while the presenters themselves, with a persistence worthy of better use, asked the same question: "How can Muscovites now live without these apricots?" As if they were the last apricots on the planet.

The “apricot farce” was discussed so zealously that an uninformed viewer might have the impression that it was this southern fruit that caused the discord between the two neighboring peoples. As if there was no monstrous genocide of the civilian population of the Azerbaijani city of Khojaly, massacred by the Armenians on the night of February 25-26, 1992. Or the death of 13-year-old Aygun Shakhmalyeva (who, incidentally, came to visit relatives with her parents from St. Petersburg), who died in 2011 from the explosion of a toy dog ​​filled with explosives and launched down the river by the Armenian side. Or the murder of two-year-old Zakhra Guliyeva, who died together with her grandmother as a result of the shelling of the Alkhanly village of the Fizuli region by Armenian troops from mortars and grenade launchers.

However, all of these happened. Like many other crimes of the Armenian occupation forces, to this day, by force, hold the territory of Nagorno-Karabakh and seven adjacent regions of the Republic of Azerbaijan. Restraining, in spite of 4 UN Security Council resolutions and many other decisions of international organizations, the mere listing of which would take several pages.

Nevertheless, the presenters of your program were not passionate about finding the causes of the incident in the Food City market, but only its consequences. Attempts to portray Armenians as victims of the "apricot war" looked at least ridiculous, as did Sheinin's phrase that his great-grandfather was killed in Baku. At the same time, of course, he did not provide any details to the audience. Mystery, most likely, should have made the story about the "killers from Azerbaijan" more convincing.

Here, we would like to dwell on the invited experts. A certain Sarkis Tsaturyan, whom Channel One introduced as the editor-in-chief of IA Realist (in fact, he is better known as a columnist for IA Regnum, an ultra-provocative Armenian publication with a Russian registration), deserves a separate mention. Tsaturyan, in the guise of a sufferer, stubbornly argued that the "apricot terror" was an action coordinated directly from Baku. Apparently, he was guided by Goebbels' principle: "The more monstrous a lie, the more willingly people believe in it."

The appearance of such false patriots on Channel One seems to have become an unkind tradition. A few days earlier, on July 15, as part of another issue of the same program, Sarkis Tsaturyan mixed the events in Tovuz with the issue of the Hagia Sophia in Istanbul, Erdogan's policy and "a plan to include Nagorno-Karabakh and Azerbaijan in the revived Ottoman Empire." One can only envy such a fantasy - even the most loyal supporters of the ideas of neo-Ottomanism did not voice such “grandiose” ideas.

However, Tsaturyan was not alone - the role of the first violin was played by State Duma deputy Konstantin Zatulin, known for his pro-Armenian position, and the journalist Maxim Yusin assented to him. The zeal with which Zatulin tried to push the CSTO to action in defense of Armenia deserves to be included in the anthology for provocateurs. At the same time, he did not answer one simple question: why would Azerbaijan need an escalation in Tovuz, because it would be much more logical to launch a counter-terrorist operation in Nagorno-Karabakh occupied by the Armenians, as the UN Charter allows.

Zatulin's silence can be easily explained. Armenia is the only country that benefits from a clash precisely in Tovuz, on the border with Azerbaijan, because in this case, theoretically, Russia can defend a CSTO partner, allegedly subjected to aggression. Nevertheless, the restrained reaction of the CSTO, as well as the balanced position of the Russian official structures, indicate that the Armenian plan failed - Moscow understands perfectly well who and for what purpose started another aggravation of the conflict between states.

From this point of view, it is quite surprising to see how the popular Channel One show deliberately damages relations between two friendly states.

To achieve this goal, the authors of the program resort to the services of not only dubious experts, but also unscrupulous journalists who deliberately distort the essence of the problem. For example, during the July 20 issue, the war correspondent Semyon Pegov, standing under the sign of the Tavush village (on the Armenian side of the border), told about the inhabitants, “daily sheltering from artillery and drones shelling in the basements of their houses," says the appeal.