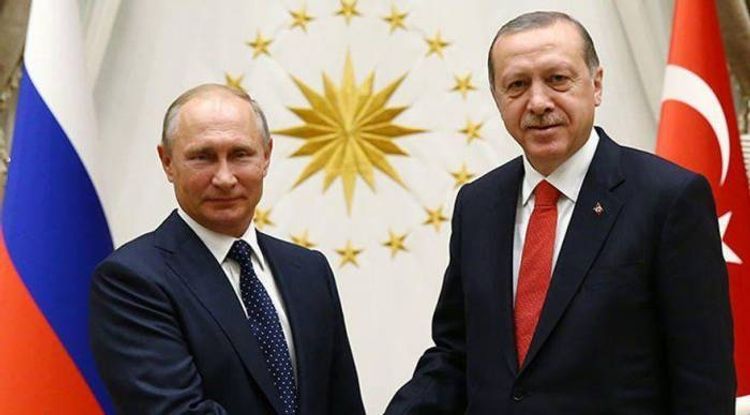 The Turkish presidency also issued a statement on the telephone conversation between the Turkish and Russian presidents, APA's Turkey bureau reports.

Turkish-Russian relations, as well as the Azerbaijan-Armenia issue, the situation in Syria, and Libya were discussed during the telephone conversation.

Turkish President Recep Tayyip Erdogan said that Armenia, which has created new tensions by attacking Azerbaijani lands, is trying to continue its 30-year occupation. Erdogan said that Turkey is a member of the Minsk Group and supports the solution of this issue in the framework of bilateral relations.

The situation in the Nagorno-Karabakh conflict zone was discussed in detail during the telephone conversation.

Both sides stressed the importance of observing humanitarian trust.

Putin and Erdogan expressed support for the intensification of the political process based on the work of the OSCE Minsk Group.

It was stressed that there is an urgent need for solidarity efforts for a peaceful settlement of the Nagorno-Karabakh conflict.