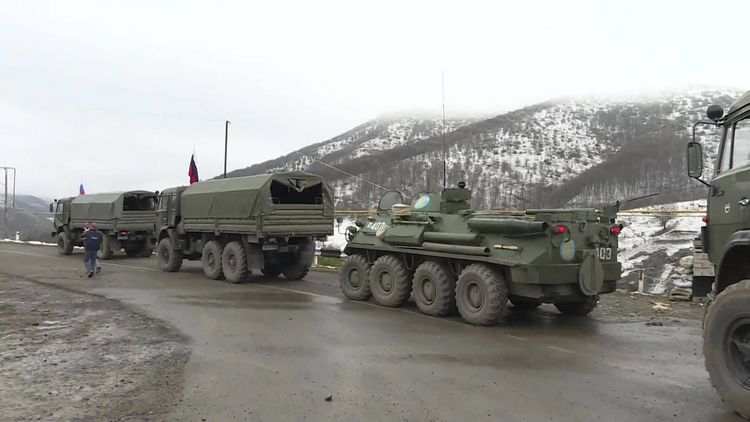 Another team of Russian peacekeepers has arrived in Khankendi via the Russian-Azerbaijani border, the press service of the Azerbaijani defense ministry said on Sunday, APA reports citing TASS.

"Servicemen, car and special vehicles, as well as other logistics means arrived on November 28 by railway from Russia. Cargoes meant for the peacekeepers were delivered in Barda on November 29 by railway to be subsequently delivered to Khankendi escorted by Azerbaijan’s military police," it said.

The Azerbaijani defense ministry stressed that the ceasefire is observed along the entire contact line.