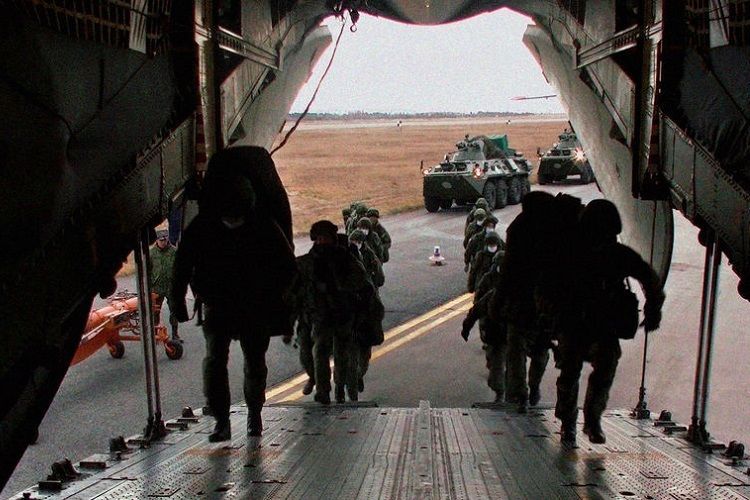 The military forces of the Russian peacekeeping unit sent to Armenia have taken the road to the territory where they will fulfill tasks in order to control ceasefire and military operations in the Nagorno Garabagh conflict zone, says the information disseminated by Russia’s Defense Ministry, APA reports.

“The military convoys should overcome the road of over 250 km and should deploy the peacekeeping forces along contact line in Nagorno Garabagh, as well as along Lachin corridor in order to create the Russian observation posts”, says the information disseminated by the ministry.