Russian political analyst: "Co-chairs should immediately respond to resettlement of Lebanese Armenians in Garabagh by Armenia" 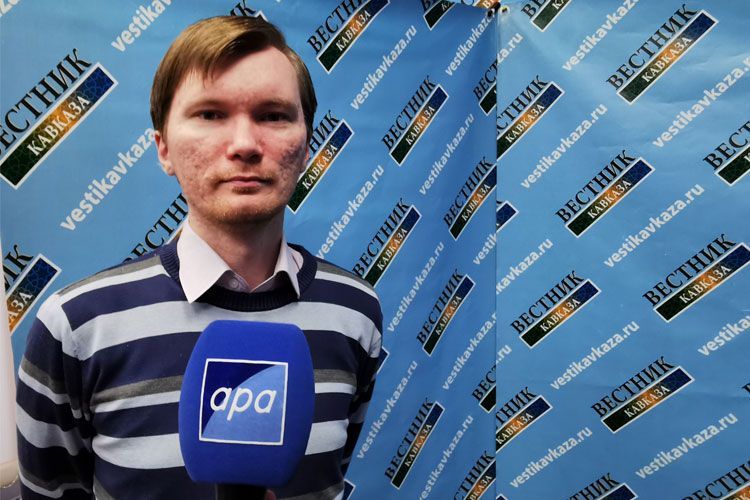 "The main purpose of settlement by Armenia of the Armenians from Lebanon and Syria on the Azerbaijani territories being under occupation is to populate in any way the Nagorno Garabagh and the surrounding regions that were left devoid of inhabitants. One of the failures of the plan of the Armenian politicians regarding Nagorno Garabagh is just the unwillingness of people to live there", said deputy general director of Russia’s Vestnik Kavkaza Information Agency, political expert Andrey Petrov in his interview with APA’s Moscow correspondent.

According to him, no Armenian wishes to live in Nagorno Garabagh: "Because there are neither infrastructure nor conditions for living there... Therefore Armenia is looking for ways out of the current situation so that to present Nagorno Garabagh as a really existing state. And for this purpose, it abuses the members of the Armenian Diaspora that has plunged into a difficult condition in the Middle East. In the current situation, Armenia cherishes hope for the Lebanese Armenians in order to implement this plan. Maybe they wish to be relocated to Armenia. But the Armenian government relocates them not to Armenia but to the Azerbaijani territories under occupation. The Armenians in Lebanon whose condition has deteriorated don’t in principle have any other way out of the existing situation. They have either die in Lebanon or go anywhere else. The Armenians avail from this situation. And later they will show to the whole world that Armenians live in Garabagh. And the dangerous point is that later on Armenia will present those Armenians relocated from Lebanon as the local population of Nagorno Garabagh. And this is just the main goal".

According to A.Petrov, Armenia is interested in the relocation of Lebanese Armenians to occupied territories of Azerbaijan much more: “I don’t believe that all of the Armenians in the Middle East will agree on relocation to occupied Nagorno Garabagh and adjacent regions. Only nationalist Armenians may agree with it. It is not such first case. On the other side, an artificial increase of the number of Armenians in those territories will not help economic condition, in the contrary, expenditures of Armenia, of which economy already is in bad condition, will increase further.”

Russian political expert considers that these illegal steps of Armenia will lead to new military conflicts with Azerbaijan: “Certainly, as Armenia settle Nagorno Garabagh artificially, will face strong pressure of the Azerbaijani side. That is why the occurrence of new military confrontations is inevitable. That is why the illegal settlement of Nagorno Garabagh by Armenia should immediately be prevented. If the international community wants conflict sides to sit around a negotiation table, should absolutely prevent Armenia’s gross violation of international law, as well as the Geneva Conventions of 1949 and its additional Protocols. Armenia violates the negotiation process, wants to achieve a delay solution of the conflict, maintains the current status-quo with such steps. The international community should absolutely react to this.”