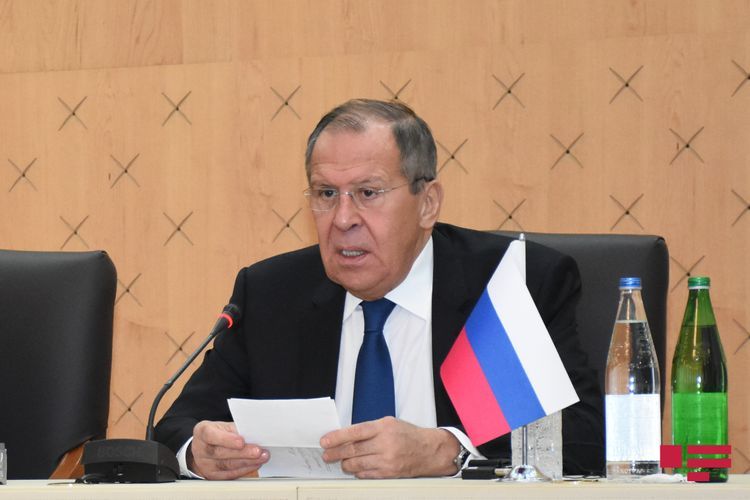 “The status of Nagorno-Karabakh will be determined after clarification of the rights of this region’s residents from all categories,” said Russian Foreign Minister Sergey Lavrov in an interview with representatives of local and foreign media, APA’s Moscow correspondent reports.

"We come out from the assumption that this status will be determined depending on what actions we should all take to help restore ethno-confessional harmony in Nagorno-Karabakh, as it was for many years, until the war began there during the collapse of the USSR, which ended in very deplorable consequences. Status can be determined only after becoming clear which rights will be granted to those who live in Nagorno-Karabakh and have the right to return there and of course, those who always continue to be in this area. There should be no artificial date to determine the status of Nagorno-Karabakh,” head of Russian MFA emphasized.