Salih Yilmaz: "It is not a claim that PKK members fight in Nagorno Garabagh against Azerbaijan, it is truth" 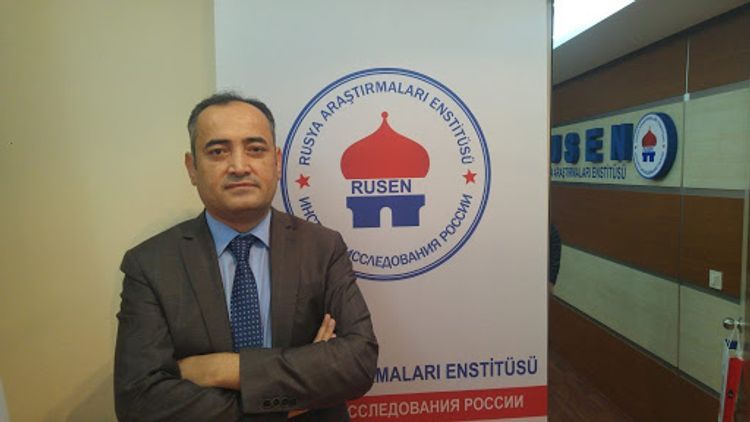 “Members of PKK-PYD and mercenaries are brought to Nagorno Garabagh and they fight against Azerbaijan by the Armenian side. It is not a claim, it is a truth.”  Salih Yilmaz, head of the Ankara-Russia Research Institute, professor at Ankara Yildirim Beyazit University told APA’s Turkey bureau.

He reminded that the State Security Service of Azerbaijan has already announced facts about that PKK terrorists brought from Iraq and Syria fight against Azerbaijan.

“Armenia has previously illegally resettled Armenians living in Syria and Lebanon to Nagorno Garabagh.  Armenia for covering up it conducted provocation as if Azerbaijan bring mercenaries from Syria. However, this “provocation” will not benefit Armenia. If it is proved that Armenia deploys terrorists in the occupied lands of Azerbaijan, a claim may be made before the International Criminal Court.

Azerbaijan even asks the UN to set up an investigation mission on this issue. If this is approved, an arms embargo against Armenia may be opened,” Turkish professor said.

According to him, Armenia cooperates with everybody who is hostile to Turkey and Azerbaijan.

S. Yilmaz stressed that Armenia’s army shells on Azerbaijan’s cities and regions and attacks the civilian population and thereby commits war crimes: “Azerbaijan should document these attacks and submit them to the UN. The people who sustained damage from this may appeal to international courts in order to receive compensation. The head of the so-called “Nagorno Garabagh Republic” has disclosed via media that the rocket strikes are inflicted by his order. A number of state officials and military commanders have been judged and punished in Bosnia and Herzegovina, Syria. Even the Armenian commanders fighting in Azerbaijan’s Nagorno Garabagh may be put on the wanted list through Interpol”.

The Turkish expert noted that the war waged by Armenia against Azerbaijan is a part of the plan of prime minister Pashinyan mainly aimed at escape from the economic crisis and leaders of the “Garabagh clan” Kocharyan and Sargsyan: "Pashinyan wants to obtain economic aid over the war. And he acts thinking that Russia and Turkey will suffer the greatest damage from this crisis. After all, Pashinyan has come to power with the support of the Soros Fund and the US. In the interview given by Pashinyan to Germany’s “Bild” newspaper, he likened the Armenia-Azerbaijan war to crusader campaigns and tried to present himself as a shield between the West and the East.