TGNA Chairman: "It is known that co-chair countries provide arm aid to Armenia" 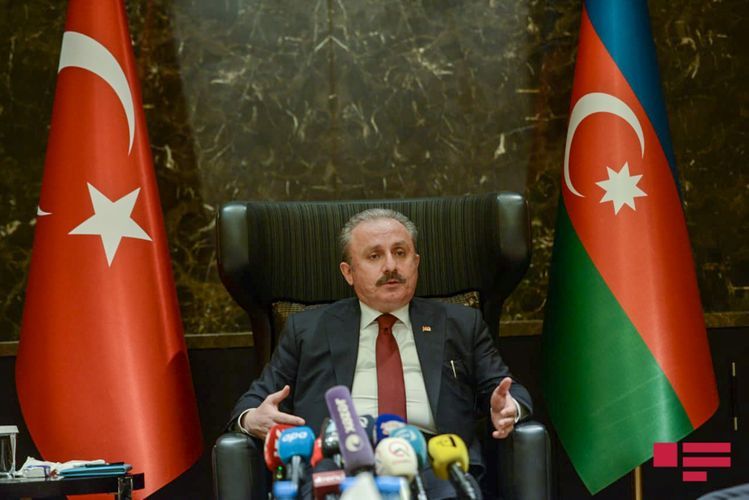 "The world is changing, those, who commit war crimes, are punished", Chairman of the Turkey Grand National Assembly Mustafa Sentop said today in Baku, APA reports.

M. Sentop said that there was an unsystematic in the world when the Khojaly genocide was committed: "We do not live in a world, where there is a Khojaly genocide, we are living in another world."

TGNA Chairman noted it is known that Minsk Group co-chair countries are providing arms to Armenia: "Armenia does not purchase these arms, these arms are donated to Armenia. If you give an arm to Armenia, how can you resolve the conflict? It means it is not that resolution of the conflict did not yield results, it is that they did not intend on it. US State Secretary said he hopes that Armenia is defending its territories. He, probably, does not know history and geography."