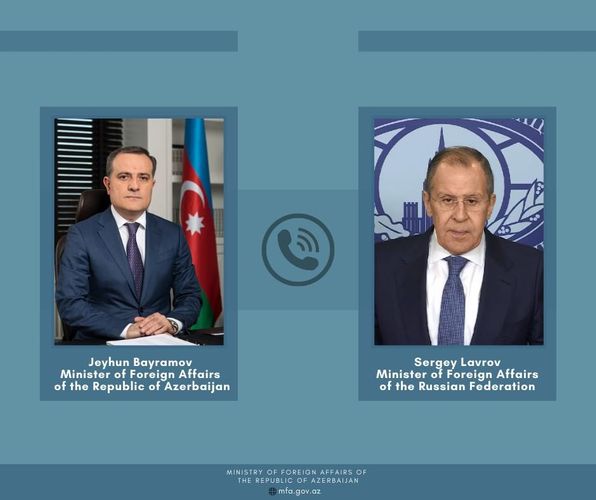 Minister Jeyhun Bayramov informed his Russian colleague of a heinous missile attack by armed forces of Armenia on Ganja city of Azerbaijan, the second time after the humanitarian ceasefire. Stressing the serious civilian casualties of the missile attack, Minister underlined that leadership of Armenia bears responsibility for this war crime.

Foreign Minister Sergey Lavrov underlined that civilian casualties are unacceptable under any circumstances. He emphasized the importance of implementing the humanitarian ceasefire agreed upon in the Moscow meeting. The necessity of starting the substantial negotiations based on the basic principles with the mediation of the OSCE Minsk Group co-chairs was highlighted.