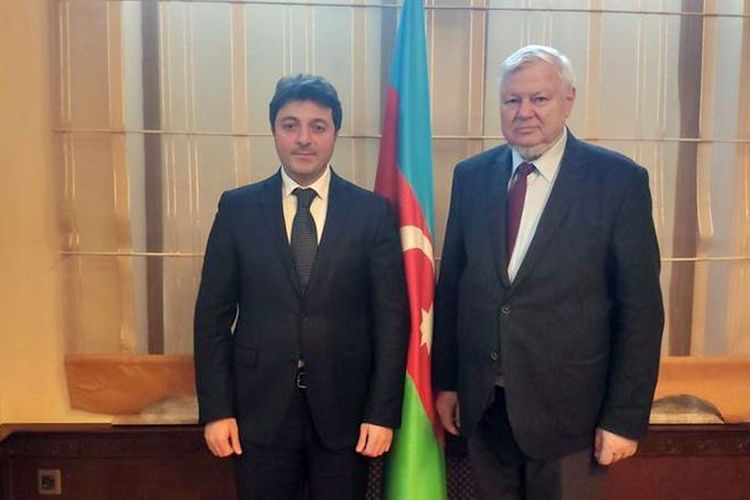 A meeting has been held between Ambassador Andrzej Kasprzyk, Personal Representative of the OSCE Chairperson-in-Office and Tural Ganjaliyev, Chairman of the Azerbaijani community of Nagorno Garabagh region of the Republic of Azerbaijan, the Community told APA.

The meeting with OSCE Chairman-in-Office's Special Representative for the Armenian-Azerbaijani Nagorno Garabagh Conflict held at the office of the Azerbaijani community of the Nagorno-Karabakh region of Azerbaijan on February 13.

Andrzej Kasprzyk congratulated the head of the community Tural Ganjaliyev on his election as a deputy in Khankandi constituency on February 9 in the early parliamentary elections in Azerbaijan and wished him success.

Tural Ganjaliyev has expressed his gratitude to the Personal Representative of the OSCE Chairperson-in-Office and stressed that as a result of numerous voters' support, Azerbaijan will continue to work as an elected official of the Nagorno-Karabakh region.

As always noted, Community chairman Tural Ganjaliyev stated that we are ready inter-community contacts, the desire of internally displaced persons to return to their lands, and our intentions to support efforts put forward in this context.