Tural Ganjaliyev: "If there is progress in negotiations, meeting of communities can be reviewed" 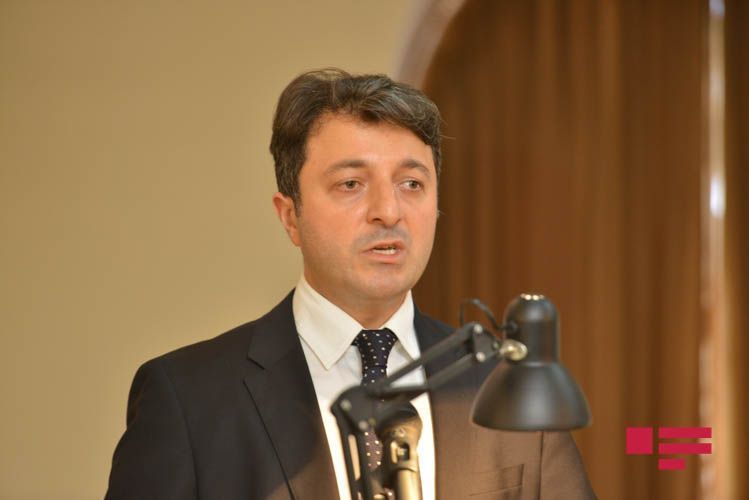 "After the election of the new Board of the Azerbaijani community of the Nagorno Garabagh region, a lot has been done regarding delivering the situation of internally displaced persons, Azerbaijan's justice voice both in the country and in the international arena," Chairman of the Azerbaijani community of Nagorno Garabagh region Tural Ganjaliyev said at a press conference today, APA reports.

According to him, fruitful meetings were held in Poland, Turkey, the United States and Belgium in the framework of international visits intensified in September.

Mr Ganjaliyev recalling two meetings with the OSCE Chairperson-in-Office twice a year said the international community should be familiar with the constructive position of the Azerbaijani community of the Nagorno Garabagh region.

“If there is progress in the negotiations on the Nagorno Garabagh conflict in the future, a meeting of communities can be reviewed. Changing the format of negotiations is out of question. Our opinion is definitive and we have expressed our attitude. After the conflict is resolved within the territorial integrity of Azerbaijan, we are ready to live in peace in Nagorno Garabagh. If they avoid these talks, it shows that they are in a non-constructive position,” T. Ganjaliyev said.