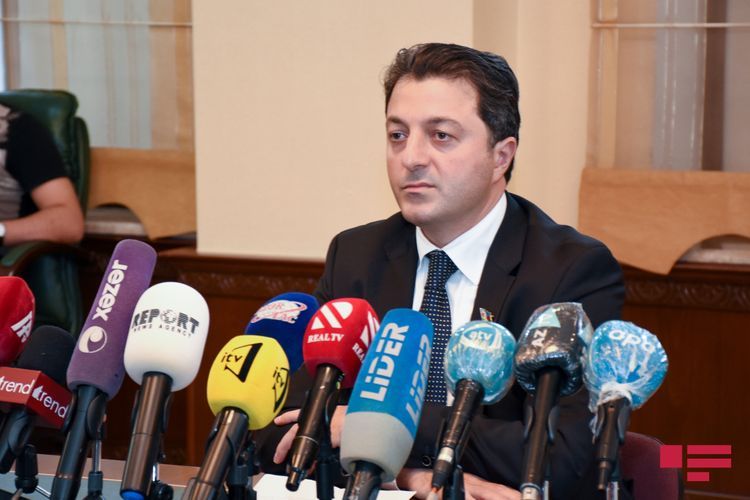 “During the operations being conducted by Azerbaijani Armed Forces on the frontline, views of French President and other French politicians against our country are not accepted, we reject these views,” said MP Tural Ganjaliyev at today’s meeting of Azerbaijani Parliament, AOA reports.

He addressed Macron from the parliament rostrum: “What would Emmanuel Macron do if the city where he was born and raised was occupied?! During our meetings with the French ambassador to Azerbaijan, he repeatedly expressed his support for the territorial integrity of Azerbaijan. And why have Macron changed his view now? Undoubtedly, pro-Armenian forces and the Armenian lobby stand behind this. With this statement, Macron demonstrated that the format of the OSCE Minsk Group co-chairmanship should be reconsidered. The institution of co-chairing OSCE Minsk Group is nobody’s monopoly. France immediately should withdraw from the OSCE Minsk Group. Because it is not written anywhere that the three co-chairs are elected permanently.”