Turkey’s MFA: It is high time that co-chairs respond to Armenia 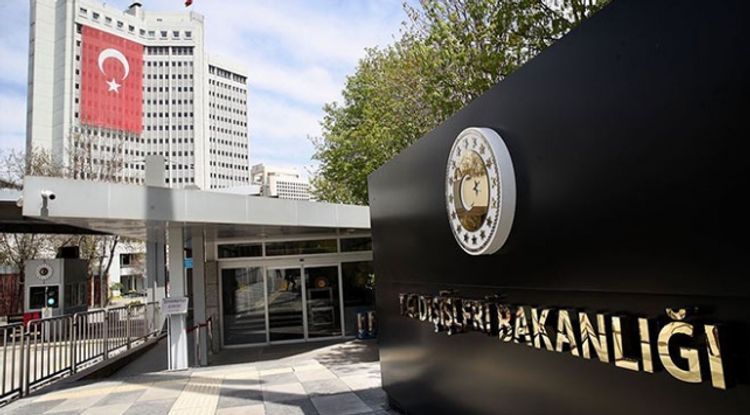 The statement says the repeated rocket shelling of civilian population by the Armenian army after its yesterday’s attack on Azerbaijan’s Barda City situated far from the conflict region has been condemned.

“As a result of today’s attack, 21 people were killed, over 70 persons were wounded. We ask Allah’s mercy upon souls of our martyred brothers, wish recovery to the wounded people. We extend our condolence to all Azerbaijani people. We consider these heinous attacks on civilian population by Armenia not distinguishing between children, elderly, aged people as thuggish action and we condemn their attacks in the strictest way”, was noted.

The statement also says this treacherous policy implemented by Armenia in order to terrorize and kill civilians is the continuation of the Khojaly genocide and the manifestation of their sick mind: “The Armenian leadership using all means in order not to withdraw from the occupied territories acts in the condition of lost mind and conscience. This last attack has taken its place as a shame certificate in the list of the military crimes which Armenia has committed and will bear responsibility for”.

It is also noted in the statement that it is high time that the international community shows necessary response to Armenia, especially the OSCE Minsk Group co-chairs.