Turkish Defense Minister: "Armenia bites off more than one can chew" 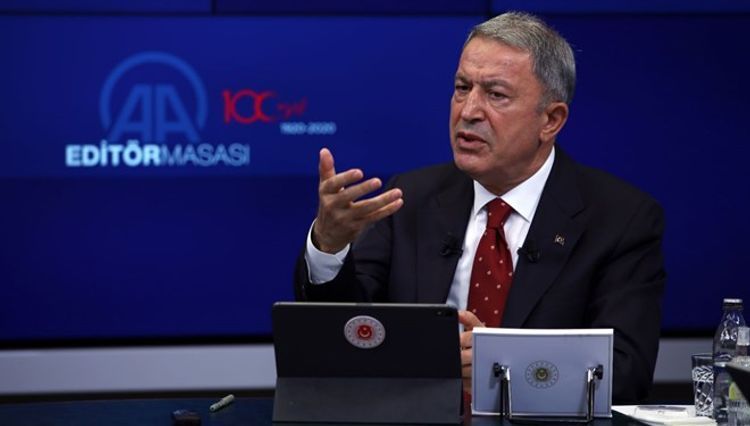 “Armenia bites off more than one can chew”, said the National Defense Minister of Turkey Hulusi Akar today on the intense situation between Armenia and Azerbaijan, APA reports.

H. Akar said that Turkey is in favor of right and law: "Yes, we are in favor. We stand by brotherhood, truth, right. Azerbaijani Turks are our brothers. We are one nation, two states. No one should doubt that by whom we stand.

Armenia does things that go far beyond its own strength by getting support from some forces behind it."