Turkish President: “Behavior demonstrated today by those who remained deaf, blind and dumb during the occupation of Karabakh today is hypocrisy" 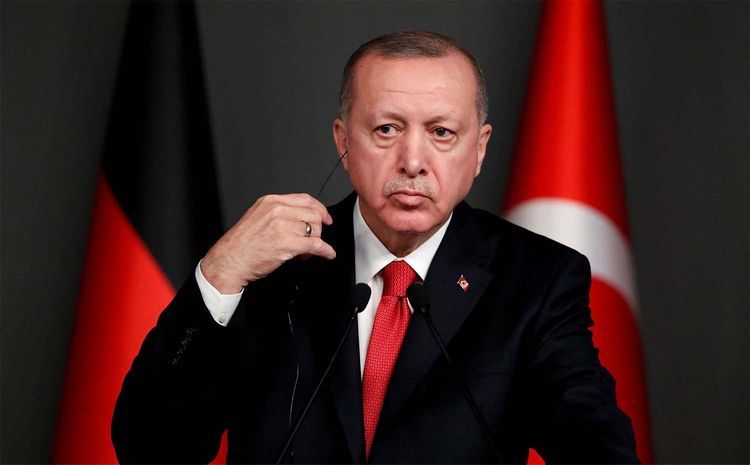 “We will stand by Azerbaijani brothers in their fight for liberation of occupied territories and protection of Homeland”, Turkish President Recep Tayyip Erdogan said at the opening of the autumn session of the Turkish Grand National Assembly (TBMM), APA's Turkish bureau reports.

According to him, the OSCE Minsk Group co-chairs - the United States, Russia and France - have been indifferent to the conflict for almost 30 years: "It is unacceptable that they are in search of a ceasefire in the face of what is happening. Yes, if something is desired, then the occupiers must leave those lands in order to achieve results. Our Azerbaijani brothers want to return to their lands, they miss it. I have discussed this with both Mr. Putin and Mr. Macron. But they always sat and talked, but to no avail. Now is the time for results. The behavior demonstrated today by those who were deaf, blind and dumb during the occupation of Karabakh, the land of ancient Azerbaijan by the Armenians and the massacres of the civilian population, is hypocrisy."

Erdogan noted that Turkey will continue to support Azerbaijan with all its opportunity, heart and soul.