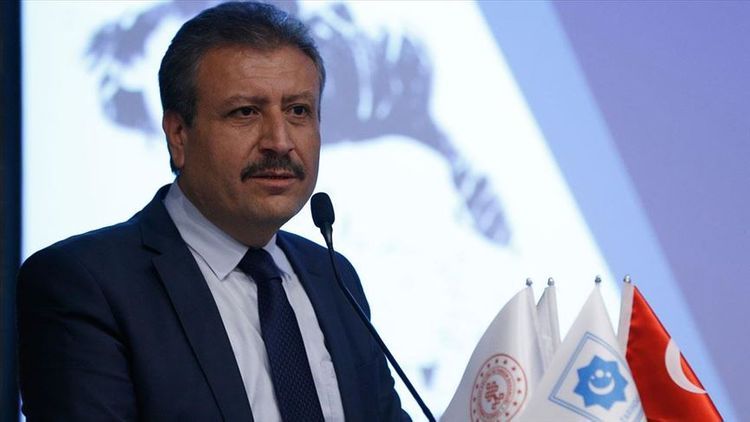 “Migration policy is a part of fake “Greater Armenia” dream. This dream leads Armenia to destroy. Today current management in Armenia has put the people in a state of oppression,” Ahmed Baba, chairman of the Association of Historical Nations and Societies told APA’s Turkish bureau.

According to him, mass resettlement of mercenary Armenians brought from the Middle East to the Azerbaijani lands occupied by Armenia is part of the fake "Greater Armenia": “By sowing the seeds of hatred against the Turks, Armenian Church for two hundred years has been pursuing a policy of relocating its people from one area to another. However, their big migration to Armenia is a dream. In the best case, they can relocate 150-200 Armenians whose brains have been poisoned to Armenia and the occupied territories of Azerbaijan.”

A. Baba said that after the announcement of the possibility of granting Turkish citizenship to Turks and Turkmens, living in Lebanon, under the instruction of Turkish President Recep Tayyip Erdogan after the explosion, occurred on August 4, 2020, in the country, the “migration” dream has been started to be used as a game: “Imperialist forces are also interested in this issue. In fact, until today Armenian authority and Armenian terrorists have not thought about Armenian people, as Armenia is afore posted for imperialist forces.”

He noted that continuing its aggressive policy and providing conditions for terrorism, Armenia inflames conflict in order to prolong its authority.

A. Baba stressed that Turkey is ready to liberate Nagorno Garabagh in the condition of unity, equality, and solidarity with Azerbaijan.