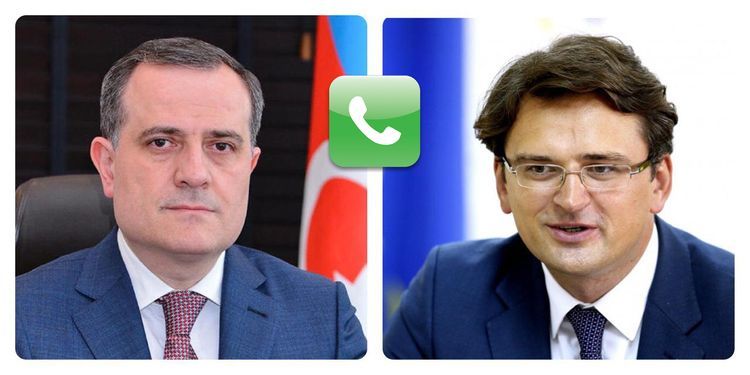 Minister Jeyhun Bayramov has expressed his gratitude to his counterpart for his sincere congratulation.

The ministers expressed satisfaction with the current level of bilateral cooperation and expressed confidence that relations will continue to develop.

Minister Jeyhun Bayramov thanked his Ukrainian counterpart for the statement made by the Ukrainian Foreign Ministry on the recent military provocation of the Armenian armed forces and the tension on the Azerbaijani-Armenian border, based on the norms and principles of international law, referring to relevant UN resolutions.