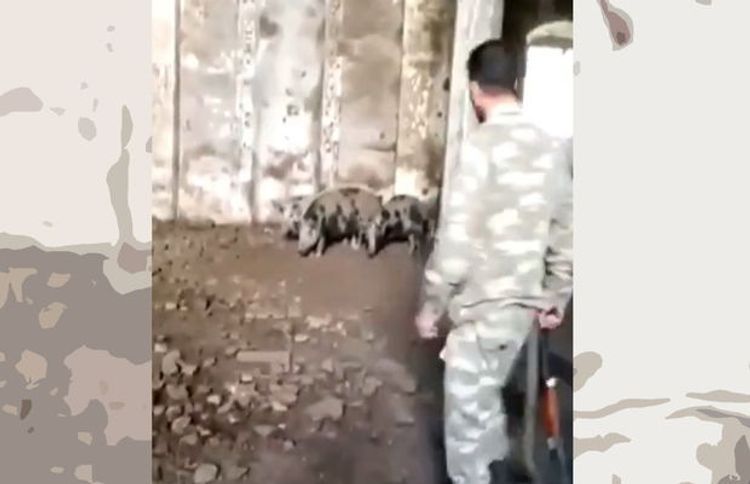 An article on Armenians turned a mosque into a pigsty in Zangilan city which liberated from the occupation by Azerbaijani Armed Forces has been published on Ukraine’s news.24tv.ua portal, APA reports.

After the liberation of the city of Zangilan Azerbaijani servicemen revealed that Armenians destroyed the mosque and use it as a pigsty.

“By the way, Zangilan region is not included in Nagorno Karabagh and here always mostly lived Azerbaijanis. However, Armenia occupied the Zangilan region. Videos that reflect the terrible situation of the mosque have already been placed on social networks. The footages show that the mosque almost has been destroyed and there are only a few pigs in its remains. Even the servicemen are shocked by the barbaric attitude of the enemy to the religious monument,” the article reads.