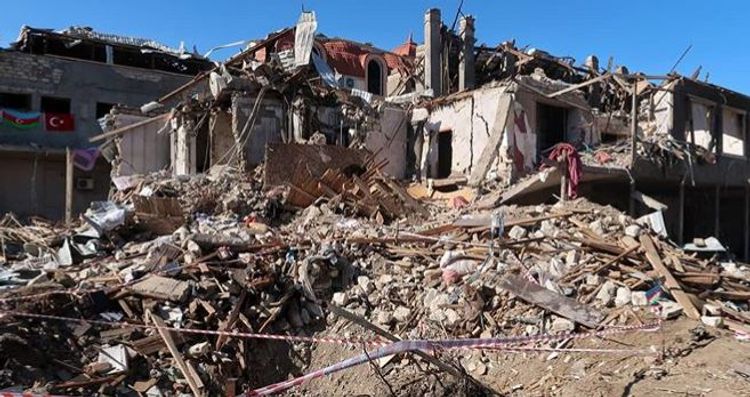 Correspondent of VICE News Hind Hassan writes: “What struck me about covering the conflict over Nagorno-Karabakh from Azerbaijan was just how much-continued support there is for the war despite the death and destruction, it's caused. We watched people bury their children and in their next breath exclaim that they did not want a ceasefire. It's heartbreaking to see how the poor are always the biggest victims of war - but here, the human cost of conflict has not to lead to public pressure on the government for military restraint...if anything, quite the opposite: they say they have tried diplomacy for 27 years to no avail and that the 700,000+ who were displaced from Karabakh - which surrounds Nagorno-Karabakh and was also under the control of Armenia - must be allowed to return.”

The Correspondent also publishes photos and explains how civilians suffered from acts of terror.

Timur Xaligov holds his 10 months old baby Narin's clothes near the site of the attack that killed her in Ganja, Azerbaijan on the 17th of October.

Locals, family, and friends gather at the home of 16-year-old Orkhan who was killed by shrapnel from a missile strike in Terter, Azerbaijan.

A woman prays for the dead along side her family in Ganja city, Azerbaijan.

Destruction of houses in a residential area in Ganja city.