Victorious Supreme Commander-in-Chief: "The invincible army is the Azerbaijani Army! It shows it on the battlefield" 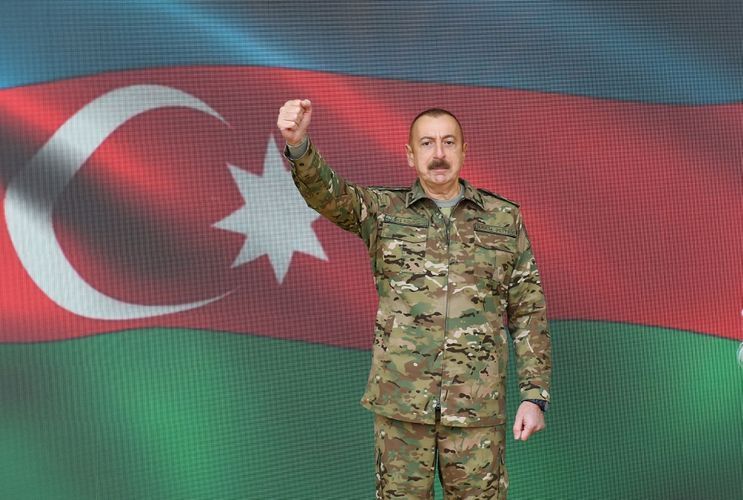 “Our victory march continues. There are still lands which are under the occupation, the battles still continue. If Armenian leadership does not meet my requirements we will go until the end. No one can stop us. There is not such a power in the world that can stop us. Armenia has already admitted its bitter defeat, humiliating itself and insulting its people. Armenian leadership now wants help from the countries of the world, wants military assistance, wants weapons, equipments. And where is your invincible army? We have destroyed it,” said President, Victorious Commander-in-Chief Ilham Aliyev said in his address to the nation from the Alley of Martyrs, APA reports.

The head of our state said: “The invincible army is the Azerbaijani Army! It shows it on the battlefield, it expels the enemy from the lands alone. Billions of dollars have been spent over thirty years there, fortifications have been built, engineering facilities have been built. But we hit and destroyed them all - at the expense of morale, strength, unity! “

President Ilham Aliyev noted that enemy forces must be withdrawn from all occupied territories. This is our demand. International norms and principles, decisions, and resolutions of international organizations require it.