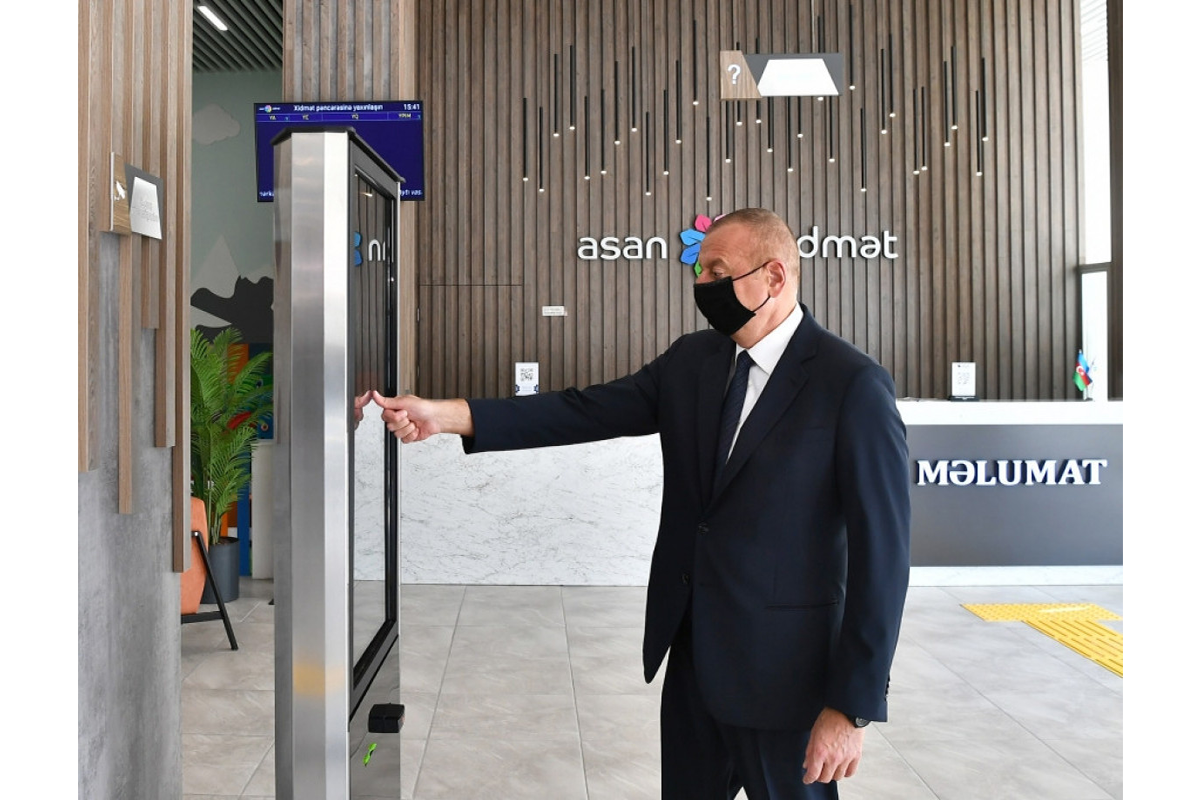 President of the Republic of Azerbaijan Ilham Aliyev has attended the opening of Baku “ASAN xidmət” center No 6, APA reports.

The Chairman of the State Agency for Public Service and Social Innovations under the President of the Republic of Azerbaijan, Ulvi Mehdiyev, informed the head of state of the sixth “ASAN xidmət” center in Baku and 21st in the country.

One of the important components of public policy being implemented in Azerbaijan under the leadership of President Ilham Aliyev is associated with addressing social issues of the population, facilitating their access to the services of government agencies and further increasing citizen satisfaction.

It is no coincidence that significant work has been done in recent years to apply information and communication technologies to the activities of government agencies. Relevant legal framework has been put in place. Most government agencies provide e-services to the population and this process continues with a rapid pace. The establishment, on the President’s initiative, of the State Agency for Public Service and Social Innovations under the President of the Republic of Azerbaijan in 2012 and ASAN xidmət” centers within it revolutionized the elimination of bureaucracy and corruption and became known worldwide as an Azerbaijani brand in innovation.

Various government agencies, private and utility companies would provide more than 320 services to all citizens regardless of the place of their registration. A total of 230 employees and 85 volunteers will work at the center, including government officials. The vast majority of them are members of the families of martyrs and veterans of the Patriotic War.

The President was informed that five out the 20 “ASAN xidmət” centers currently operating in the country are based in Baku and the rest in the regions. More “ASAN xidmət” centers are under construction in Baku, Ganja and Sumgayit, and the first such centers in Lankaran, Salyan and Nakhchivan. To date, the “ASAN xidmət” has received more than 45 million applications from more than 7,465,000 citizens. According to opinion polls, the satisfaction rate is 99.5 percent.

With the support of the “YASHAT” Foundation, established by a decree of President Ilham Aliyev in December last year, very important work has been done to restore the health of veterans of the Patriotic War. A total of 3.8 million manats in loans were repaid by the “YASHAT” Foundation following appeals by 1,152 members of martyr families and handicapped war veterans. Also, following 5,667 appeals from families of martyrs and wounded servicemen, 22.6 million manats were allocated to improve living conditions and a further 5.6 million manats were allocated to pay for medical and educational expenses of 2,357 such people. A total of 120 seriously wounded servicemen were sent to Turkey for treatment. Sixty-four of them have fully recovered and 56 are currently receiving treatment. In addition, within the framework of a project “They have been entrusted to us”, 100 children of martyrs born after the Patriotic War received financial assistance in the amount of 1,000 manats and a deposit in the amount of 5,000 manats was opened in their name.

A single database created in accordance with a decree signed by President Ilham Aliyev in November 2020 contains detailed information on the assessment and elimination of damage caused to civilians and state property, including infrastructure facilities and businesses during the Patriotic War.

The head of state was also informed about the Global Defense Technologies Hackathon, which was attended by more than 500 participants from 16 countries and the tweet policy in the Patriotic War. The tweets of the head of state were in the first place during the war. These tweets were viewed 396,000 times. #karabakhisazerbaijan was the most shared hashtag with more than 800,000 shares. President Ilham Aliyev was also informed about the ASAN Social Innovation Technopark, special glasses for the visually impaired and the ASAN ISESCO award. 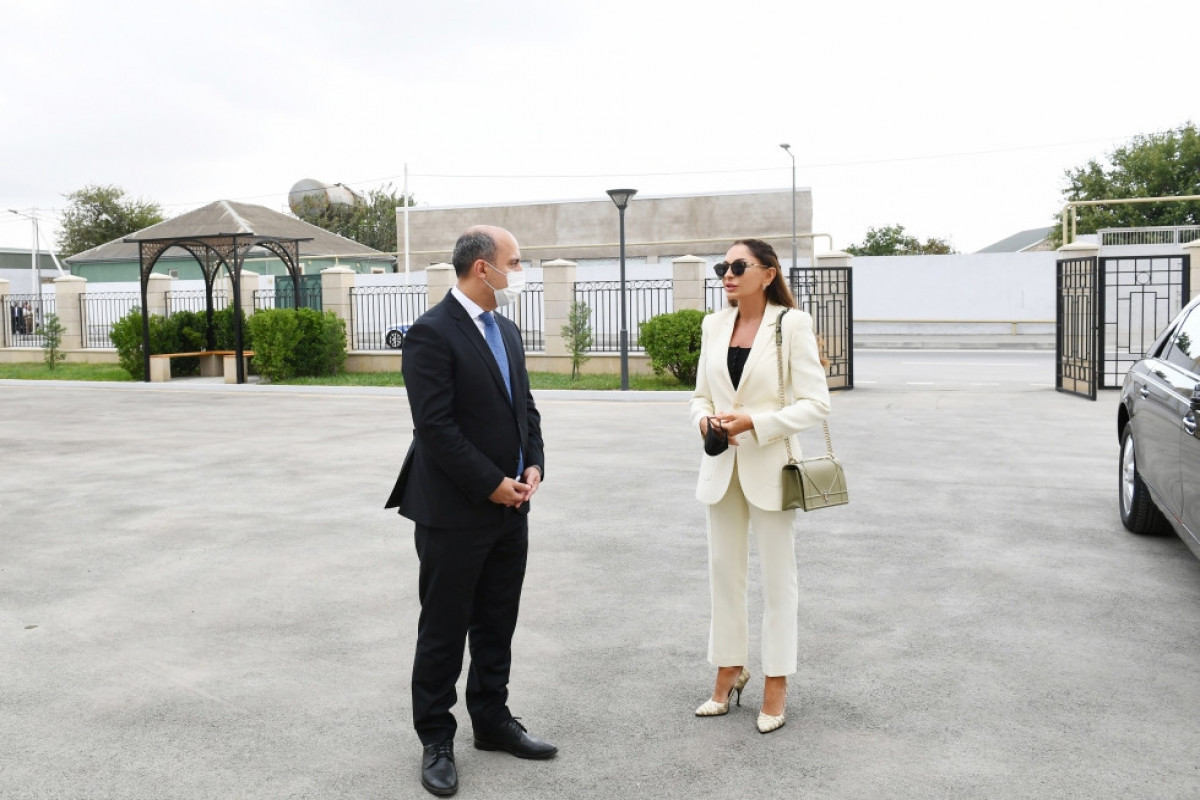 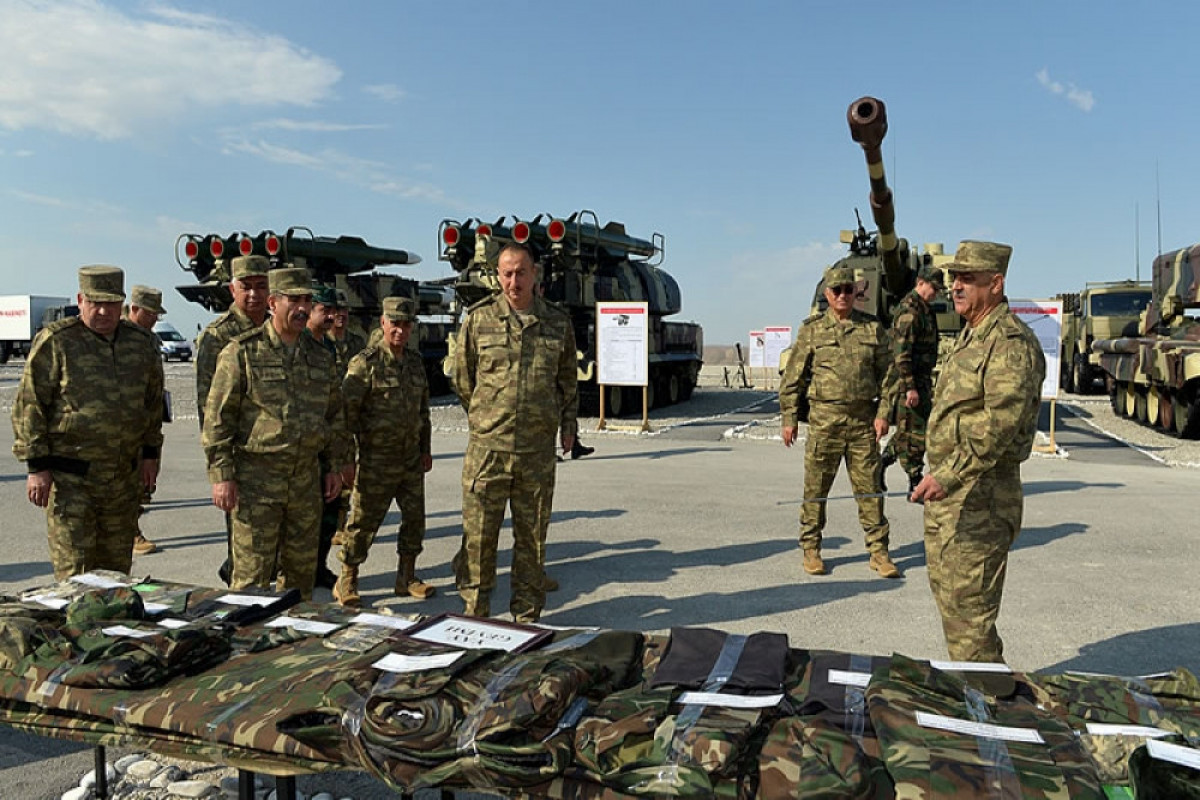 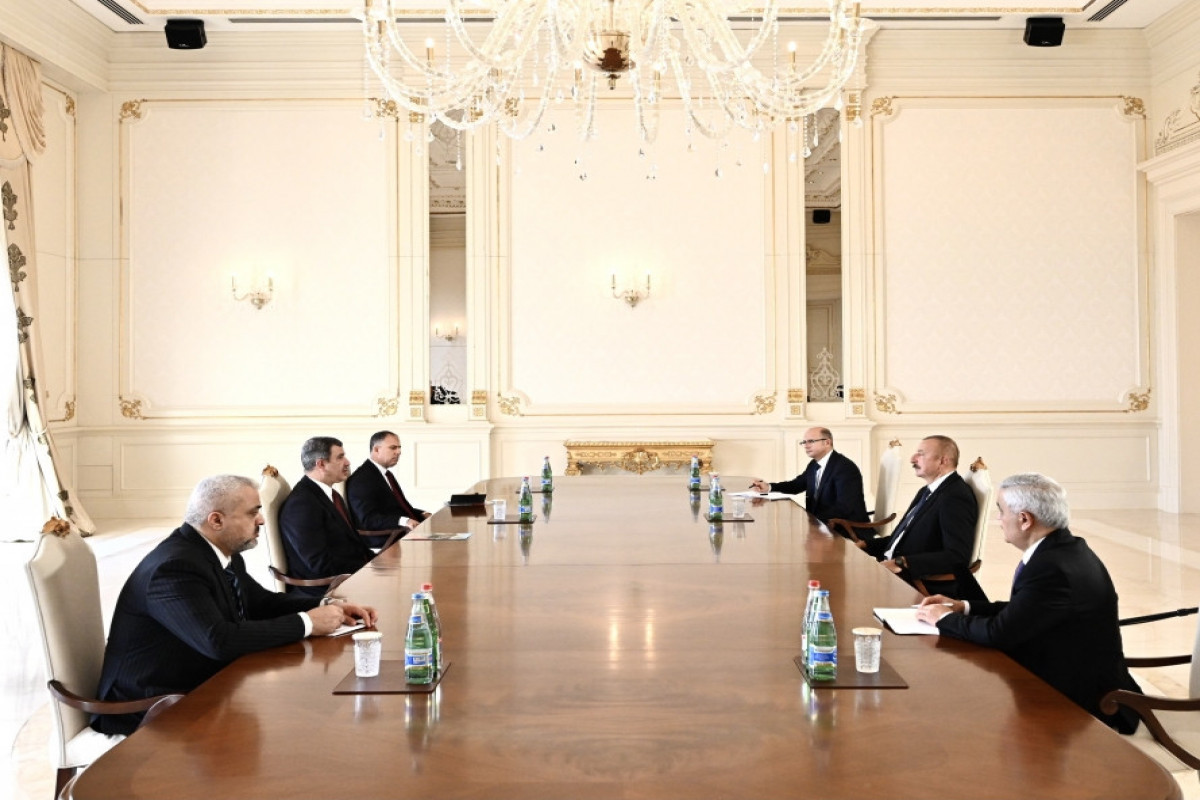 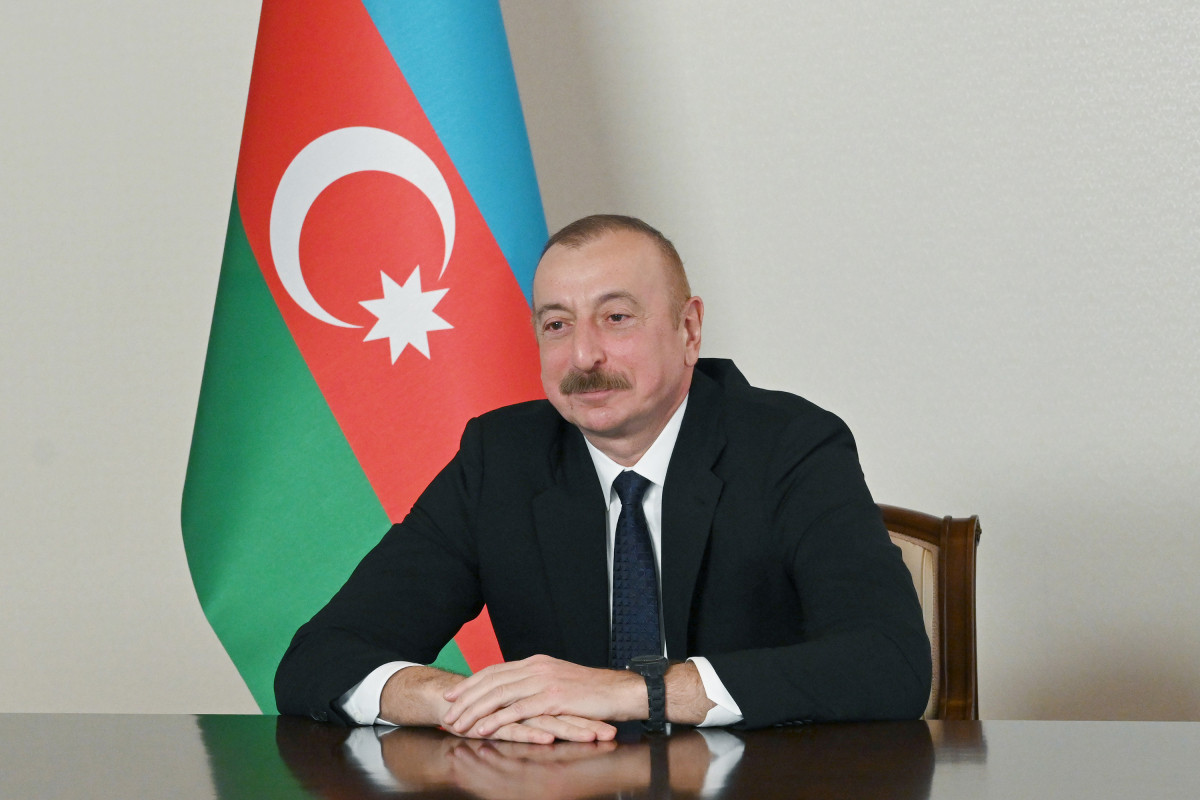 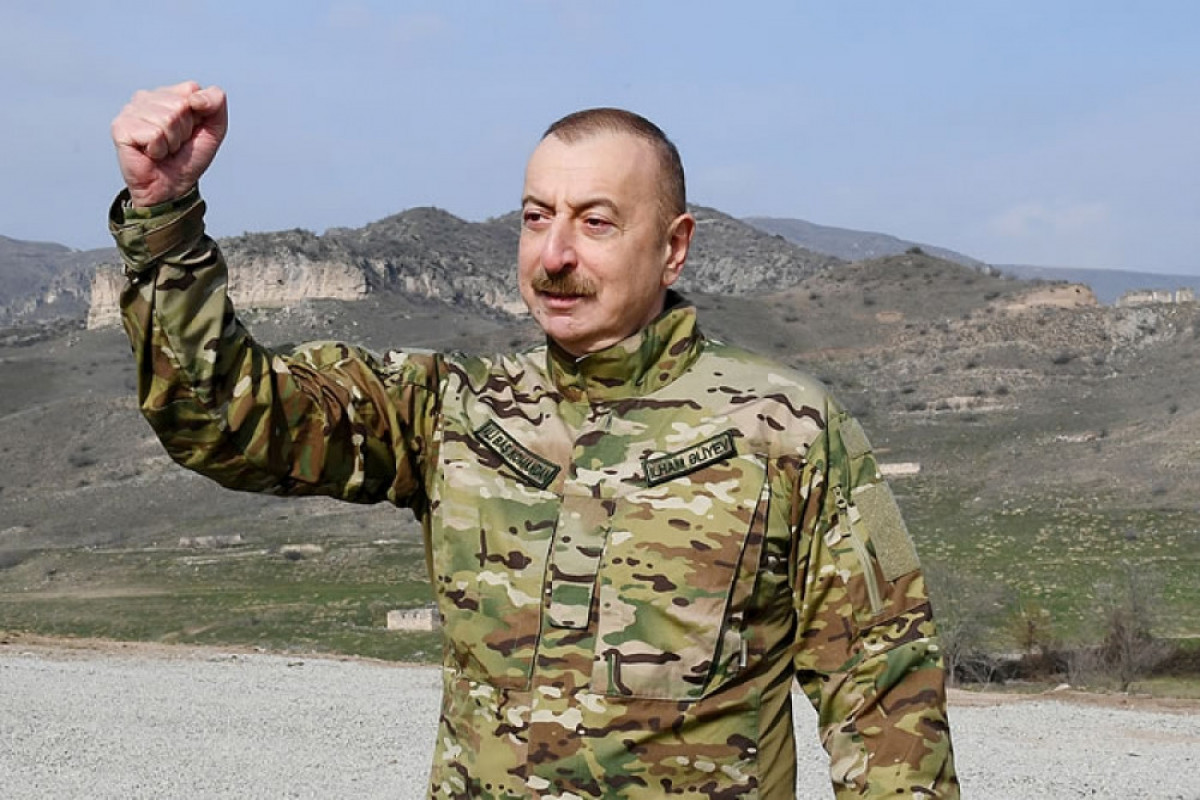