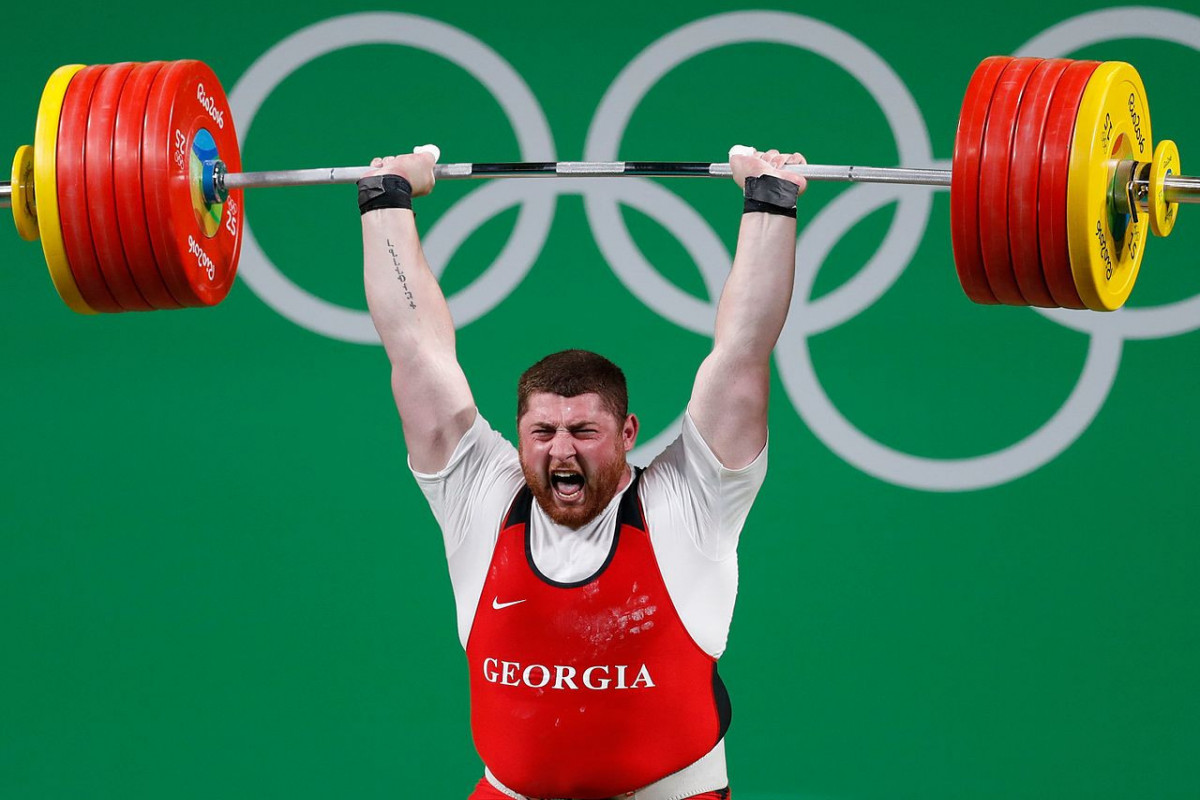 Lasha Talakhadze won his second Olympic gold medal with dominance in the men's over 109kg weightlifting at Tokyo 2020 here on Wednesday by breaking his own world records in the process, APA reports.

The 27-year-old Talakhadze has dominated this category since the International Weightlifting Federation made the decision to reshuffle the divisions in 2018. The Rio Olympic champion met no challenge in the snatch as he hoisted 223kg in his third attempt, one kilo more than his own world record.

Talakhadze, collecting 12 European titles and nine world titles, extended his lead as he began his solo in the clean and jerk after all the lifters finished their competition.

He jerked 245kg in his first attempt to nail the gold medal, but he did not stop and pushed himself to hoist a new world 265kg in his last lift. His total lifts of 488kg eclipsed the world record by three kilos.

"I feel very happy about it. It was a long training period during this pandemic. I had a great dream and excitement to win the gold medal again (after Rio 2016). That dream came true again," said Talakhadze.

Talakhadze also became the first Georgian to win multiple Olympic gold medals in any sport, and he determined to compete at the 2024 Paris Olympics, and he was asked by the press whether a 500kg total could be a goal.

"At this stage it would be risky (500kg), but I will try my utmost and do everything to set the nearest limit to that,"Talakhadze said.

Being so far ahead of his competitors, Talakhadze thought he appreciated every competitors and he just wanted to perform his best on the platform.

"Each of my opponents are strong opponents, my achievements look high, but they are all just opponents which are well valued and appreciated by me. My major thought (during competition) is that I want to win myself."

Ali Davoudi of Iran, the Asian champion this year, lifted a total of 441kg to claim the silver while the bronze went to Man Asaad of Syria at 424kg.

"I am very happy. It's been my pursuit since childhood and I've been working hard. I congratulate the Iranian people and I am happy that during this quarantine I can make them happy. I am hoping next time I can get them gold," Davoudi told the press