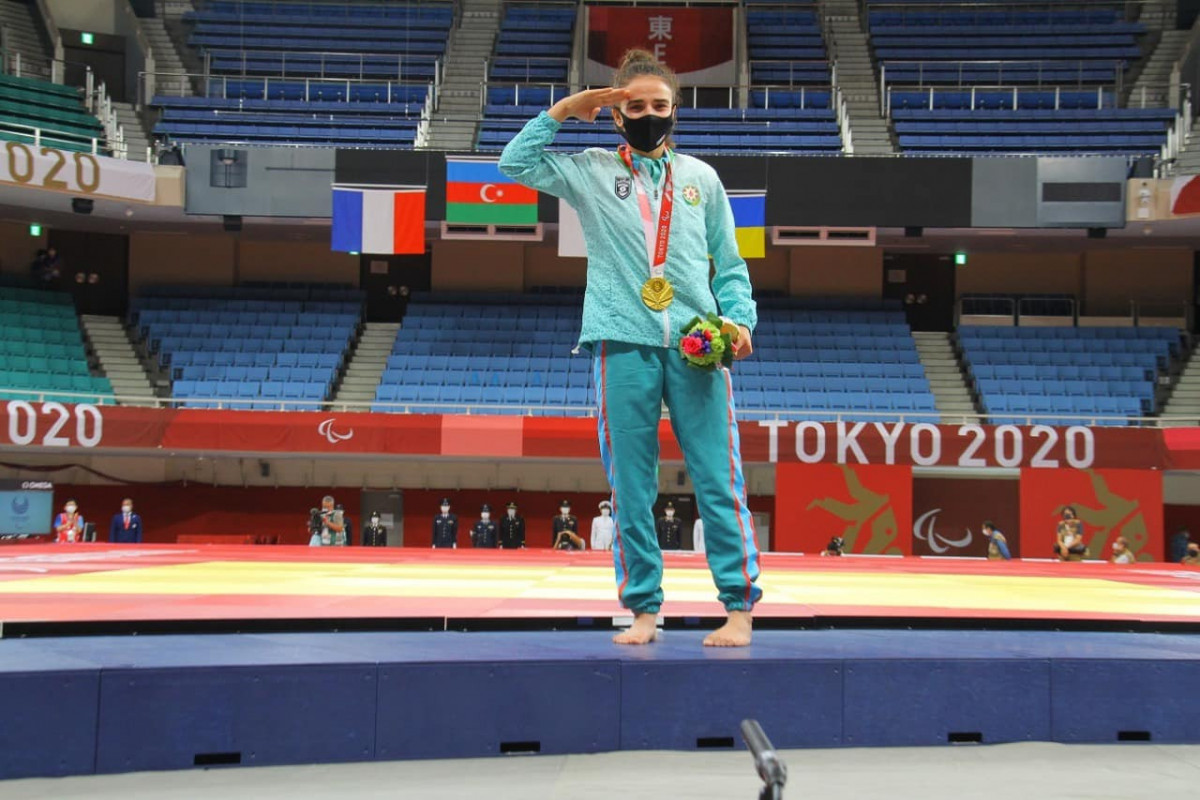 Azerbaijan's national team joined the competition with 4 Paralympics on the first day.

Athletes of "Neftchi Sports Club" have completed the day with three medals. Shahana Hajiyeva won the first gold medal in our Paralympics team.

Vugar Shirinli in the staff of our national team won the gold medal.

He wrestled with Kazakh Anuar Sariyev in the final and became a champion as a result of victory on him.

Azerbaijan has won its first gold medal in the Paralympic Games held in Tokyo, Apasport.az reports.

Shahana Hajiyeva, who defeated Shizuku Hangai from Japan and then Victoria Potapova (Russia), reached the final.

He defeated Sandrin Martin of France in the championship fight. Thus, the Azerbaijani national team won its first gold medal at the Paralympics.