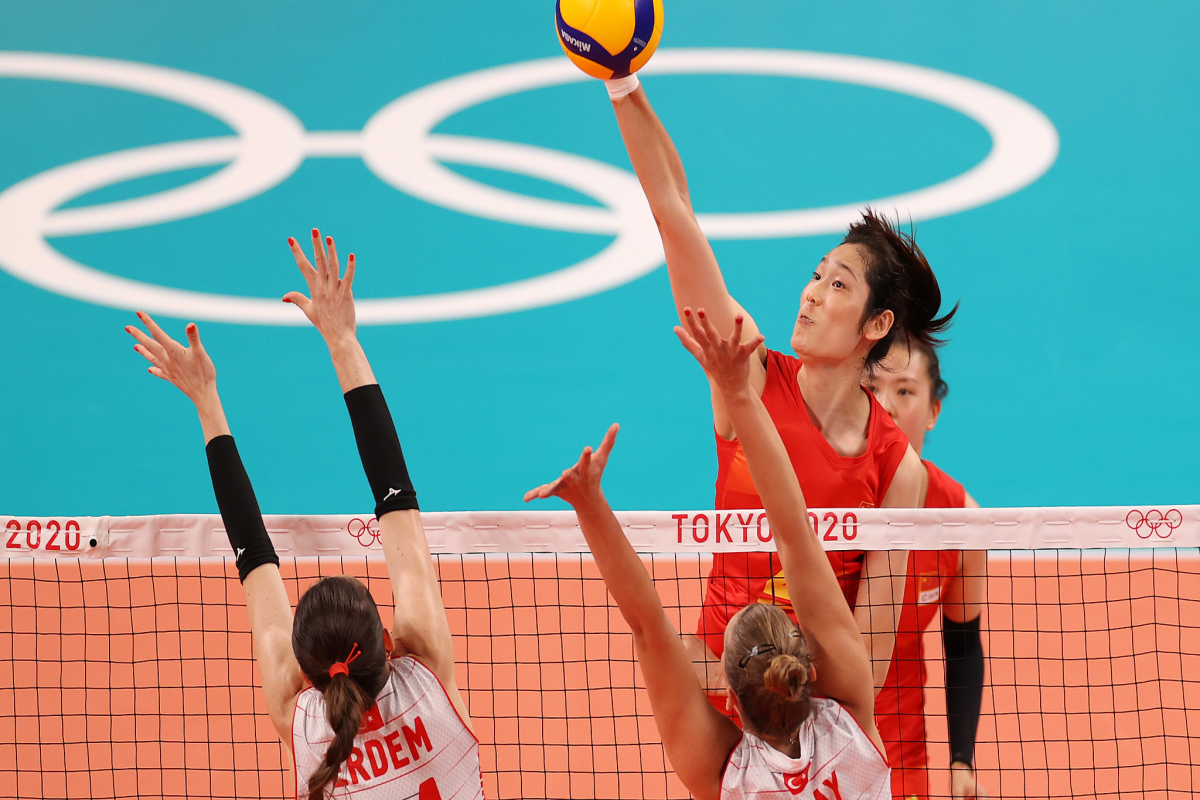 The American women swept reigning Olympic champions China 29-27, 25-22, 25-21 in a pool B match with Jordan Thompson finishing with a game-high 34 points.

"I think my teammates gave me so much confidence. I know I can go out swinging every time and they always have my back. That helped me to play freely and confidently," said Thompson.

The American spiker was pleased with her team's improvement in combinations. "We didn't play together like a team before, but now we've found the rhythm, now we are more connected, and I think it has shown on our play."

"We needed to serve with our usual ferocity. We got them in passing trouble and that makes it easier to defend," he said. "This was one of our best passing matches in a long time. China served short and tried to disrupt things and our passers handled that. Despite great passing, we didn't get many kills from our middle blockers but when we have a lack of scoring from them it's great the other three hitters can pick it up."

Later on Tuesday, Italy snatched a 25-22, 23-25, 25-20 and 25-15 win over Turkey, who had pulled off a 3-0 upset victory over China on Sunday. Paola Ogechi Egonu led the Italian scoring with 29 points and Caterina Chiara Bosetti and Sarah Luisa Fahr added 13 and 10 respectively.

"We knew this match would be hard because of the determination Turkey showed against China. We've really just arrived after two matches," said Miryam Fatime Sylla, who had nine points for Italy. "Our best player (Egonu) is warming up. She can do things no one else can do. She can show us more and more."

In the other match in pool B, the Russian Olympic Committee team beat Argentina in straight sets to improve to a 1-1 win-loss record.

In pool A, Serbia saw off Japan 3-0 and Brazil held off the Dominican Republic 3-2.

12 teams are playing round robin preliminaries in two pools with the top four finishers from each pool qualifying for the quarterfinals.