'We caught him in the act': Trump says US did not kill Soleimani to start war with Iran 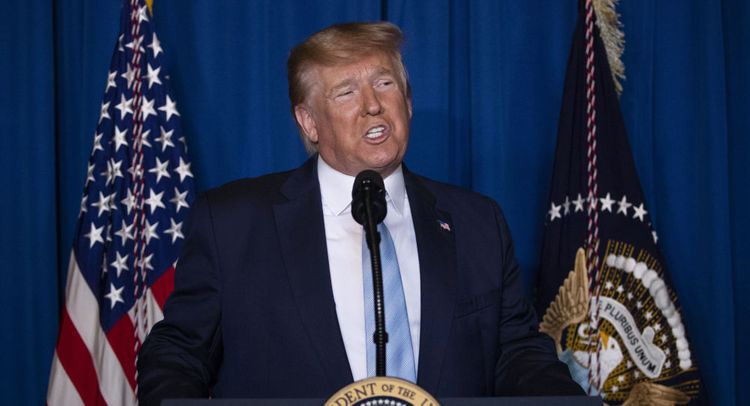 In his brief address, Trump indicated that he ordered the recent attack "to stop a war," stressing that his decision was not made to "start a war."

"Soleimani was plotting imminent and sinister attacks on American diplomats and military personnel, but we caught him in the act and terminated him," Trump said. "Under my leadership, America's policy is unambiguous to terrorists who harm or intend to harm any American. We will find you, we will eliminate you. We will always protect our diplomats, service members - all Americans and our allies."