Azerbaijan is fighting itself, we don’t need any foreign fighters - President Aliyev 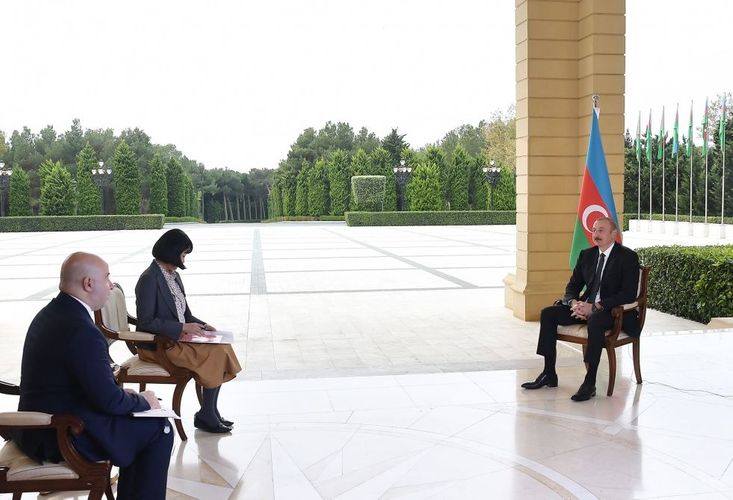 The fact that Armenia recruited mercenaries and fighters from the Middle East is not a secret. And even Armenian prime Minister admitted it. But he said that they are native Armenians. First, nobody knows whether they are native Armenians or not, and we have information that representatives of different nationalities are now fighting on Armenian side. And second, if the person is ethnic Armenian but citizen of other country does not mean that he is not a mercenary. Among those who have been eliminated on the battlefield, there are people with Lebanese passport, with Canadian passport, President of the Republic of Azerbaijan Ilham Aliyev said in an interview to Japan’s Nikkei newspaper, APA reports.

“We have evidence about citizens of France, United States of Armenian origin. But citizens of these countries and citizens of some countries of former Soviet Union are fighting against us together with citizens of the countries of the Middle East. Armenia used mercenaries during the first Karabakh War. This is not a secret. Some of them have been eliminated by Azerbaijan and they erased a big monument in their honor, monuments in the honor of international terrorists. This shows that Armenia is a terrorist state,” the head of state said.

“With respect to Azerbaijan, only rumors, only unjustified statements, and I demanded proof. I said okay, now it’s more than twenty days that we are in the active phase of the conflict. Where are there proofs? Give us the proofs. No proofs. Therefore, these rumors must be stopped. Azerbaijan is fighting itself. We don’t need any foreign fighters. We have enough people, enough soldiers and officers in our regular army. We have ten million population. If we need additional fighters we will announce mobilization, we will recruit. So, there is no need for that and it is absolutely false information,” the head of state said.