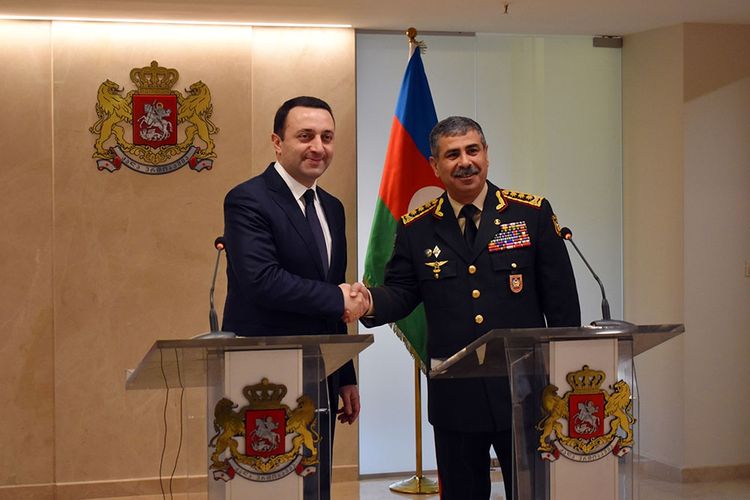 The Minister of Defense of the Republic of Azerbaijan, Colonel General Zakir Hasanov, who is on an official visit to Georgia, has met with the Minister of Defense of this country Mr. Irakli Garibashvili on January 21, the Ministry of Defence told APA.The official welcoming ceremony of the Azerbaijani delegation took place in the Ministry of Defense of Georgia.In accordance with the protocol, the Defense Ministers passed in front of the guard of honor and the national anthems of the two countries were played. Then, a meeting was held.During the meeting, a thorough exchange of views was held on the various areas of military cooperation, as well as on other issues of mutual interest.Touching upon the military-political situation in the region, the parties noted the importance of mutual support of the territorial integrity of our countries and emphasized that the development of bilateral military cooperation will contribute to ensuring stability and security in the region.During the meeting a Bilateral Cooperation Plan for 2020 was signed between the Ministries of Defense of Azerbaijan and Georgia. The document provides for the organization of mutual visits of expert groups, the holding of joint combat training events and the exchange of best practices, as well as other important issues.Then, a press conference of the Defense Ministers of the two countries was held for the media representatives.