Illegal visit of German MPs to Khankendi: Armenia is committed to the ideology of fascism - ANALYSIS 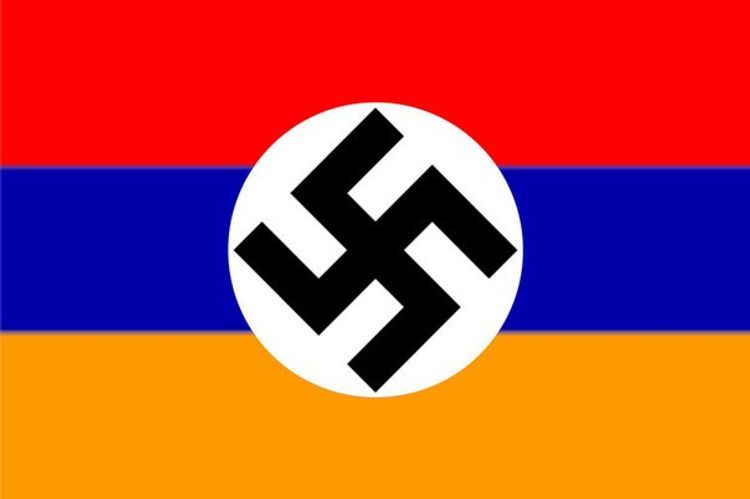 At a time of war between Azerbaijan and Armenia, illegally bringing a group of German deputies to Khankandi last weekend at the expense of finance of the Armenian lobby abroad, the aggressor country assumes it had taken the first step in order to legitimize the so-called "Nagorno-Karabakh Republic" in their mind. Three members of the “Alternative for Germany (AfD)” Party - Steffen Kotre,  Andreas Kalbitz, and Andreas Galao who represent the Nazis in the German parliament illegally visited occupied Azerbaijani territory Nagorno-Karabakh.

“Alternative for Germany (AfD)” Party has a very negative prestige in Germany. The main themes of the party are to rescue Germany from Islamization, as well as the oppression of non-integrated migrants. AfD requires not allocating funds for the construction of mosques, banning the hijab, teaching Muslim lessons in the German language in the country.

For example, one of the Co-Chairs of the Party Alexander Gauland called on to appreciate the so-called “heroism” of German soldiers in the World War II and to proud of them.

The arrival of German Nazis in Nagorno Garabagh shows that the regime, established in Armenia and occupied territories today hopes for only carriers of the Nazi-fascist ideology and terrorists. Armenia, deploying members of PKK, YPG terror groups from Syria and Lebanon as a mercenary, Armenia hopes for the support of Nazi ideologists in Europe.

The invitation of representatives of Armenia’s “Alternative for Germany” party that erected a monument to fascist butcher Garegin Nzhdeh in the center of Yerevan and sympathizes with fascism to the occupied Garabagh seems like a normal situation for this country’s trait.

But this was of no use. The illegal visits to Garabagh of representatives of various political parties that have quite a negative rating and don’t have their say in anything in Europe, journalists, and bloggers in exchange for the material award will not let Armenia win any political dividend. Armenia who faced serious defeat and a no-win situation on the occupied lands is better to pull itself together instead of resorting to such senseless steps, otherwise, Armenia’s catastrophe is inevitable.

The military and political leadership of Armenia violating the reached agreements and committing provocations against the Azerbaijani army and civilian population despite agreements regarding the humanitarian ceasefire, once again proves by such steps that it doesn’t agree to peace and negotiations. The main intention of the enemy country is to present the occurrences in Garabagh as inter-religious conflict and to turn a local conflict into international conflict and even to turn the Southern Caucasus into second Syria, Iraq on the path of implementation of its ambitions.

Chief lecturer of the State Governance Academy under the President, Chairman of Baku Politologists’ Club