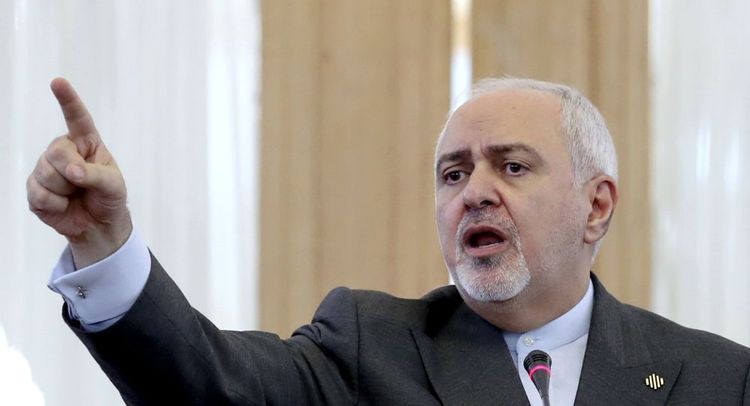 Iranian Foreign Minister Javad Zarif said on Monday that the UK was "parroting the US line & blindly abetting its terrorist adventurism in our region". Tehran's top diplomat questioned the possible outcomes of the UK policy, recalling that "the last time the UK was dragged along to infamy by the US was in the Iraq war", APA reports quoting Sputnik.

Earlier in the day, Iranian government spokesman Ali Rabiei urged the UK government to not interfere with Tehran’s internal affairs. Prior to Rabiei's statement, Hamid Baeidinejad, Iranian ambassador to the UK, demanded that foreign diplomatic personnel avoid taking part in rallies that are not approved by the nation's government.

Rabiei suggested that the UK ambassador's participation in the recent protests in Tehran contradicted the ambassador’s responsibilities and duties.

Macaire tweeted on Sunday that he was not attending protests but acknowledged that he did take part in what he believed at the time was a vigil for victims of the crash of a Ukrainian plane in Iran.

The rallies in which Macaire reportedly took part were said to have been dedicated to the deadly plane crash in Iran that occurred last week, killing all 176 passengers and crew.

A peaceful commemoration, which was purportedly not approved by authorities in the Iran government, resulted in a large rally demanding the resignation and prosecution of those responsible for the Ukrainian Boeing 737-MAX plane crash.