Meeting between Erdogan and Putin ends in Istanbul - UPDATED 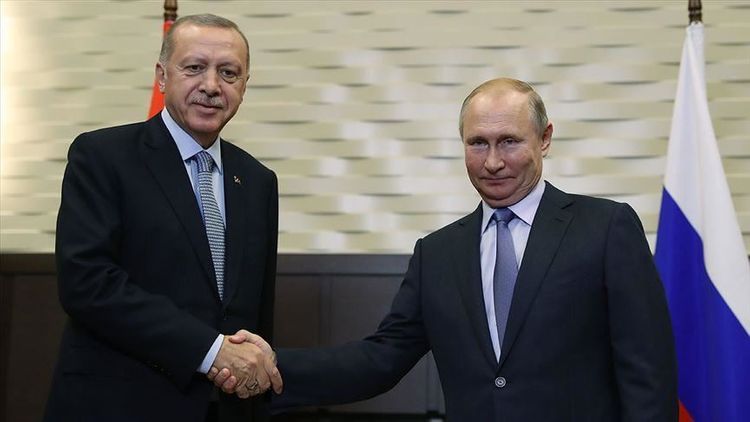 The meeting between Erdogan and Putin has lasted for more than an hour and a half. The Russian and Turkish leaders have held a meeting in tete-a-tete format without the involvement of the delegations.

Along with the leaders, the interpreters also participated in the meeting.

The Wednesday's meeting is being held ahead of the launch ceremony of TurkStream natural gas pipeline project in the city, which the two leaders are set to attend.

Security measures are high in the city, as a total of 7,200 police officers are on duty for the inauguration ceremony.

Among security forces are 300 special operations teams, 30 bomb squad working around the hotels where foreign leaders are staying or on the routes they are traveling before and during the event.

Following the ceremony, Erdogan is later to host leaders of Russia, Serbia and Bulgaria in a dinner.

TurkStream natural gas pipeline project, which will carry natural gas from Russia to Europe via Turkey, is considered a further step in Turkish and Russian relations in terms of energy.

The second line will carry another 15.75 billion cubic meters of gas to Europe via Turkey.

BOTAS built the first line that will connect to Turkey’s existing gas grid, while the second line, to be operated by a Gazprom-BOTAS joint venture, will stretch to the Turkish-European border in Turkey's Thrace region.