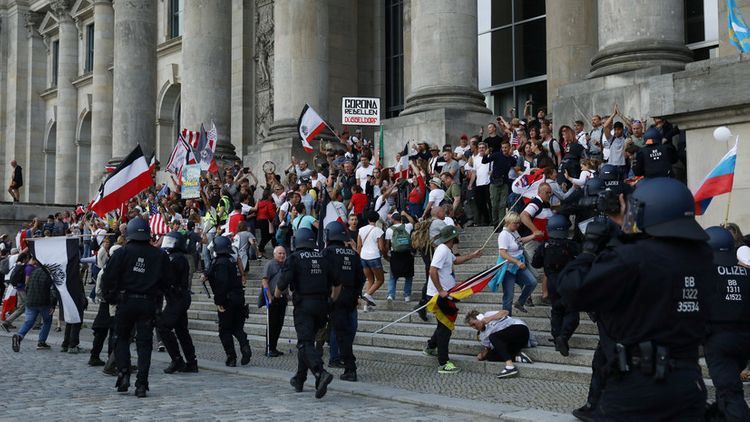 More than 30 law enforcement officers were injured during the protests on Saturday, August 29, in Berlin, according to the press service of the city police, APA reports citing Tellerreport.

As noted, during the riots, 316 people were detained.

The most serious clashes took place on the central street of Unter den Linden. As indicated in the press release, the police pelted the police with stones and bottles, and they sprayed pepper spray in response.

The rallies were organized by the anti-coronavirus movement.