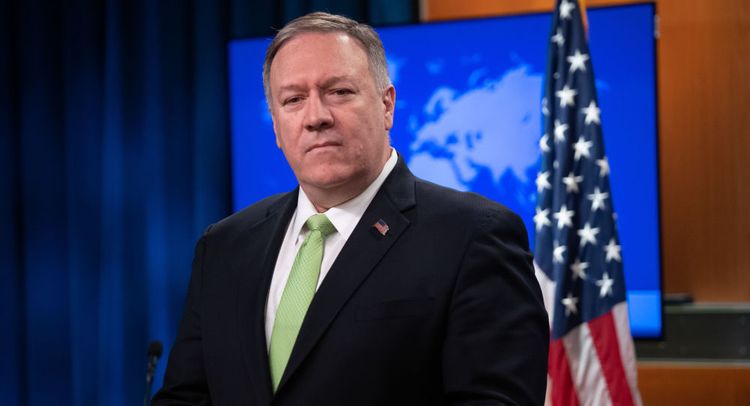 US Secretary of State Mike Pompeo called on the Iraqi government to take all possible measures to protect its military bases and hold accountable those responsible for the recent shelling of the Balad military airbase, which houses US troops, APA reports citing Sputnik.

"Outraged by reports of another rocket attack on an Iraqi airbase. I pray for speedy recovery of the injured and call on the Government of #Iraq to hold those responsible for this attack on the Iraqi people accountable," Pompeo wrote on Twitter.

The secretary added that the violations of Iraqi sovereignty by militant groups must come to an end.

The Balad airbase, located in the central Iraqi province of Saladin, was hit by at least five rockets on Sunday.

The United States Central Command (CENTCOM) said that US soldiers were not injured in the incident at the base.

Iraqi military bases housing US personnel have faced multiple attacks over the past two months.

In one of the most recent cases on Wednesday, Tehran fired missiles at two Iraqi bases hosting US forces in response to the killing of Iranian Quds Force Commander Qasem Soleimani by a US drone strike in Iraq. No one was injured as a result of that attack, according to Washington.