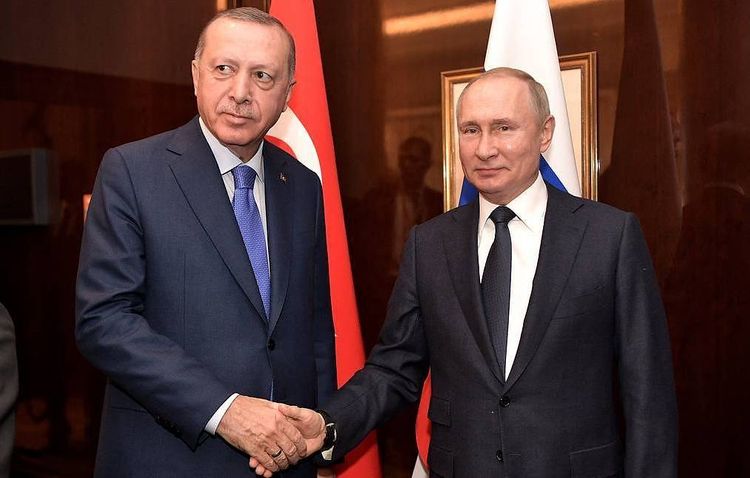 Russian President Vladimir Putin and his Turkish counterpart Recep Tayyip Erdogan will meet on Thursday at the Kremlin against the background of escalating tensions in Syria’s Idlib province, APA reports citing TASS.

"Plans are in store to discuss the Idlib crisis with Erdogan. We expect that an understanding on the forerunner of that crisis, the reasons for that crisis, the fallout from that crisis and the package of necessary joint measures aimed at ending it will be reached," Kremlin Spokesman Dmitry Peskov told reporters on Wednesday.

The Kremlin spokesman refrained from specifying what particular measures were meant. "Let’s wait for tomorrow," he said.