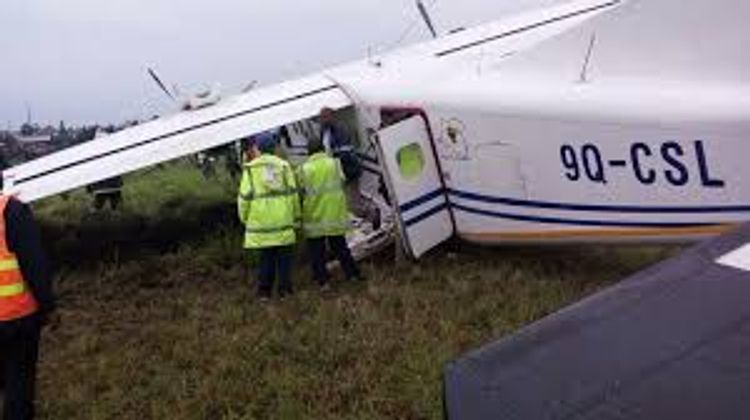 So far, there's no information about casualties or damages done. At the same time, Internet users have started sharing photos and videos from the scene of the incident.

Thought videos and photos show heavy smoke rising from the aircraft, two sources told Reuters on condition of anonymity, that there did not appear to be major damage to the plane.

According to a source at the United Nations Organization Stabilization Mission in the Democratic Republic of the Congo (MONUSCO), the aircraft was travelling from the city of Beni and was carrying soldiers from the South African contingent.