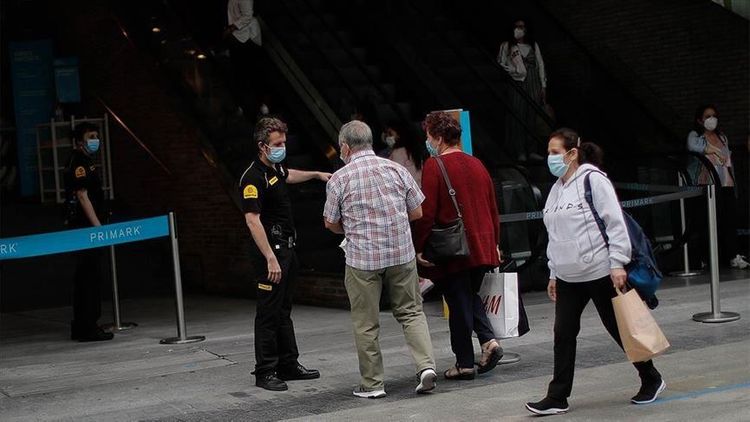 Spain’s Health Ministry reported more new coronavirus infections on Friday than any other day since the pandemic began – 12,183 cases, bringing the total to above 566,300, APA reports quoting Anadolu Agency.

The latest surge broke the previous record, which was set on Thursday, although at the beginning of the pandemic widespread testing was not available to confirm cases.

Concern, however, is picking up over testing, with the rates of positive tests continuing to increase. Overall, the average positivity rate over the last week now sits at 11.8%.

The World Health Organization says a country does not have the pandemic under control until the positivity rate is below 5%. Only one Spanish region – Asturias – has managed to keep it below that threshold.

Deaths increased by almost 50 on Friday, leaving the country with at least 29,747 lives lost so far this year. In the last 24 hours, 1,124 COVID-19 patients were hospitalized.

While Madrid remains at the epicenter of the virus, several other regions in Spain are observing worrying upticks.

The positivity rate for PCR tests hit 28.7% in the Spanish enclave of Melilla on Tuesday, new data revealed on Friday. Local media reported that its authorities are mulling declaring a state of emergency.

On Friday, Andalusia reported more contagions than any other day since the pandemic began – more than 1,200. Overall, it still has a lower per-capita recent infection rate than Spain as a whole.

Intensive care units (ICUs) in Murcia also now have more COVID-19 patients than ever before. Three of six of the region’s hospitals are hovering around maximum capacity in terms of ICU beds.

At a White House briefing on Thursday, US President Donald Trump said Spain was having a much harder time with COVID-19 than the US.

On Friday, Spain’s Health Minister Salvador Illa fired back to his claims.

“I don’t think anyone is in a position to teach lessons on this subject. With all due respect to the American nation, especially not its current president,” he said on Spanish Television (TVE).