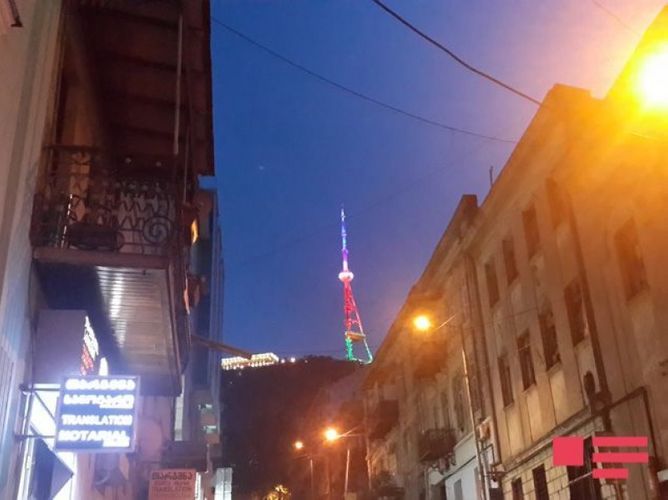 Today, a television tower in the Georgian capital Tbilisi is illuminated with the colors of the Azerbaijani flag as a message of solidarity in the fight against coronavirus, APA's Georgian bureau reports.

Tbilisi TV tower is in Mtatsminda Park, the highest park in the neighboring country's capital, , was illuminated in blue, red and green, the colors of the Azerbaijani flag.