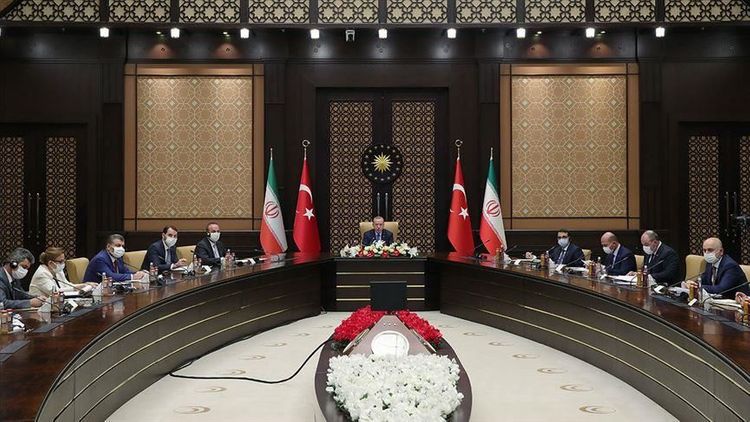 The president of Turkey on Tuesday praised his country's dialogue with Iran to find possible solutions to problems in their shared region, APA reports citing Anadolu Agency.

"Dialogue between Turkey and Iran has played a determinant role in resolving many regional problems," said Recep Tayyip Erdogan, speaking at the sixth meeting of the Turkey-Iran High-Level Cooperation Council.

"I believe our cooperation will return to its previous levels as the epidemic subsides," Erdogan said at the meeting, which was being held via video link and co-chaired by himself and his Iranian counterpart Hassan Rouhani.

Turkey's Communications Directorate had said in a statement on Monday: "During the Council meeting, all aspects of bilateral relations between Turkey and Iran will be reviewed, and steps aimed at further enhancing the cooperation in light of the new circumstances caused by the coronavirus pandemic will be discussed.”

It added that both sides were expected to exchange views on bilateral relations, as well as regional and international matters at the meeting.

The council had convened last in 2018 in the capital Ankara.

On a recent rise in daily coronavirus infections in Turkey, Erdogan said that the country continued "to keep the epidemic under control," regardless.

While strengthening the Turkish health system with new hospitals equipped with cutting-edge technology, Turkey is trying to put its economy on track in production, exports, and tourism, Erdogan said.